The PPP filed a complaint against MBC's CEO Park Sung-jae and the company's editor in chief with the Supreme Prosecutors' Office on charges of defaming Yoon by misrepresenting his remarks.

Yoon came under fire after he was caught on video appearing to use foul language while talking to aides in New York last week. Though the recording of Yoon's remarks was not clear due to noise, many thought he was talking about the U.S. Congress and U.S. President Joe Biden.

But Yoon's office rejected the claim, saying he was referring to South Korea's opposition-controlled National Assembly without mentioning U.S. Congress or Biden. The PPP also claimed people misheard Yoon's remarks because MBC TV included a subtitle that misrepresented them.

"How can a company with expensive voice analysis equipment put the words 'U.S.' and 'Biden,' which were never spoken, on their subtitle so conclusively?" PPP Rep. Choi Hyung-du said in a radio interview with KBS, calling the report "reckless."

The PPP also claimed there could be a possible collusive tie between the MBC and the main opposition Democratic Party (DP), saying the DP floor leader had known about the video footage before the embargo was lifted.

Earlier this week, MBC issued a public statement saying most local news outlets delivered the same report on the incident but the presidential office only pressed MBC to explain the report. 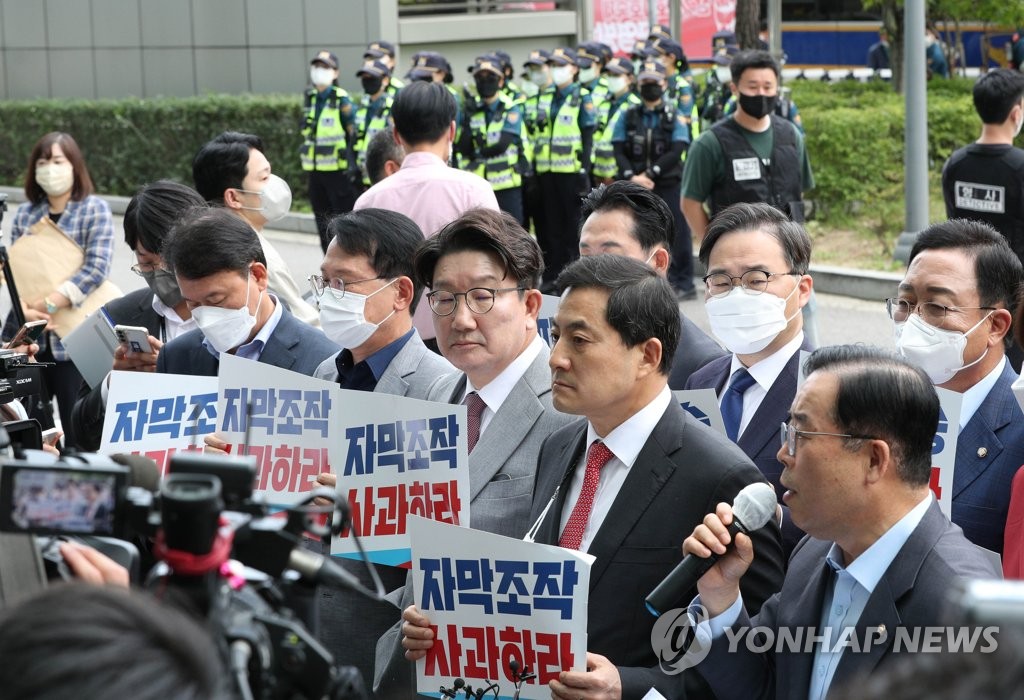