SEOUL, Sept. 29 (Yonhap) -- The National Assembly on Thursday passed a motion calling for the dismissal of Foreign Minister Park Jin as the main opposition Democratic Party (DP) pushed to hold him responsible for what it claims was a disastrous overseas trip by President Yoon Suk-yeol.

The motion was approved in a 168-1 vote boycotted by the ruling People Power Party. The minor progressive Justice Party also boycotted the vote, claiming that Yoon's apology should come ahead of sacking the minister.

The DP, which holds a majority with 169 out of 299 parliamentary seats, has portrayed Yoon's trip to Britain, New York and Canada as a diplomatic fiasco fraught with gaffes and blunders, including his failure to pay respect to the coffin of Queen Elizabeth II, the lack of a tangible outcome from a summit with Japan and his use of foul language caught on a hot mic in New York.

"Even after an unprecedented diplomatic disaster in South Korea's history, there has been no heartfelt apology or responsible measure to date," Park Hong-keun, DP floor leader, told a meeting of senior party members.

"On behalf of the people, it is the National Assembly's duty and the main opposition's obligation to hold the key minister accountable for hurting national pride and interest and deceiving the people," Park said, vowing to also hold key presidential officials accountable for the incident.

Yoon is unlikely to comply with the motion.

Asked to comment on the motion earlier in the day, Yoon said Park is a "remarkably capable person and is constantly on the move around the world for the sake of the national interest to the point that I'm worried about his health."

"I think the people are clearly aware of what is right and wrong," he said.

"I will do my best to fulfill my job in an unwavering manner," the minister said in a statement released after the vote. "Diplomacy should not in any case be sacrificed for political fight."

Including Park's case, a dismissal motion for a Cabinet member has been approved four times since 1987 when the motion became non-binding. This is the first no-confidence motion passed during Yoon's term. 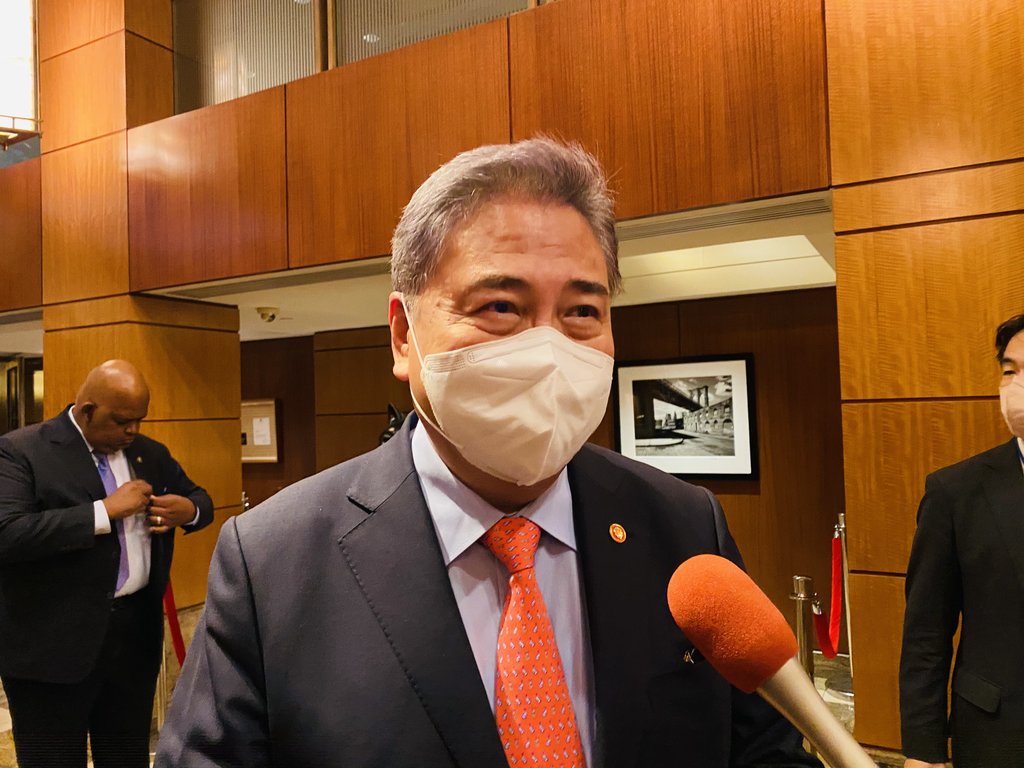 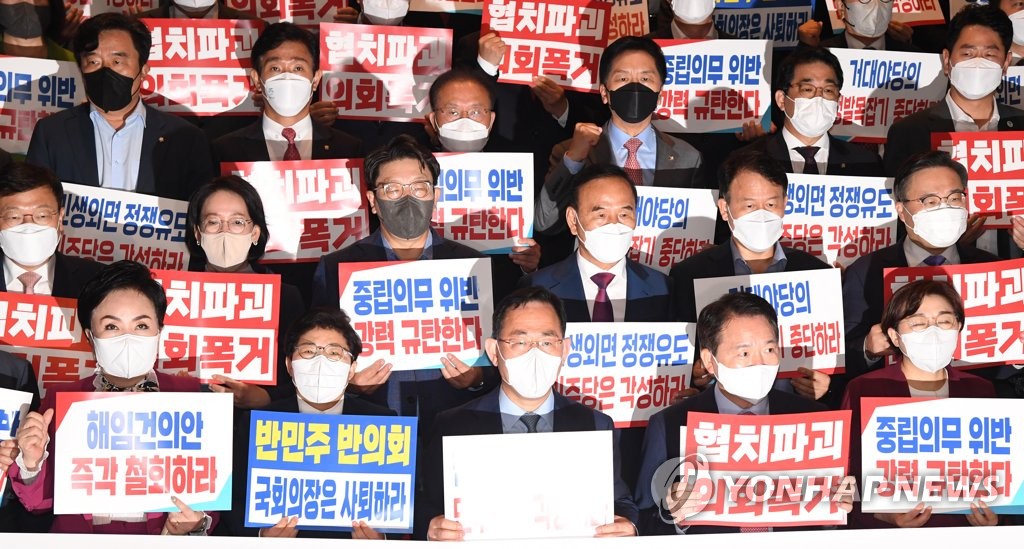