(ATTN: UPDATES with reports of a Twitter message from Vice President Harris in last 3 paras; ADDS photo)
By Byun Duk-kun

WASHINGTON, Sept. 29 (Yonhap) -- The United States reaffirmed its "ironclad" commitment to the defense of South Korea and Japan on Thursday, hours after North Korea fired two ballistic missiles in its latest provocation.

North Korea launched what appeared to be two short-range ballistic missiles into the East Sea on Thursday (Seoul time).

"We are aware of the two ballistic missile launches and are consulting closely with our allies and partners," U.S. Indo-Pacific Command said in a released statement.

"While we have assessed that this event does not pose an immediate threat to U.S. personnel or territory, or to our allies, the missile launch highlights the destabilizing impact of the DPRK's unlawful WMD and ballistic missile programs," it added, referring to North Korea by its official name, the Democratic People's Republic of Korea. 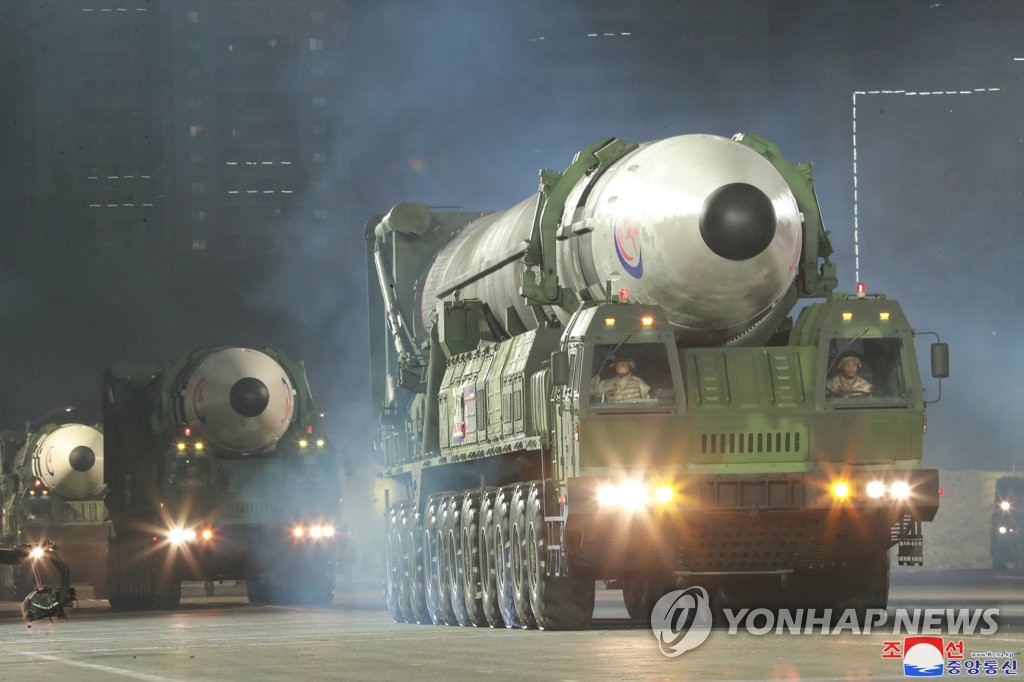 Thursday's missile launch marked the third of its kind in less than a week.

A state department spokesperson said the U.S. condemns the North's missile launches but that it remains open to dialogue with Pyongyang.

"These launches are a clear violation of multiple U.N. Security Council resolutions and demonstrate the threat the DPRK poses to the region, as well as the international community," he added.

The department spokesperson urged Pyongyang to engage in dialogue.

"We remain deeply committed to a diplomatic approach with the DPRK, and call on the DPRK to engage in dialogue. I'll also note that our commitment to the defense of the Republic of Korea and Japan, two of our key allies in the region remains ironclad," he said, referring to South Korea by its official name. 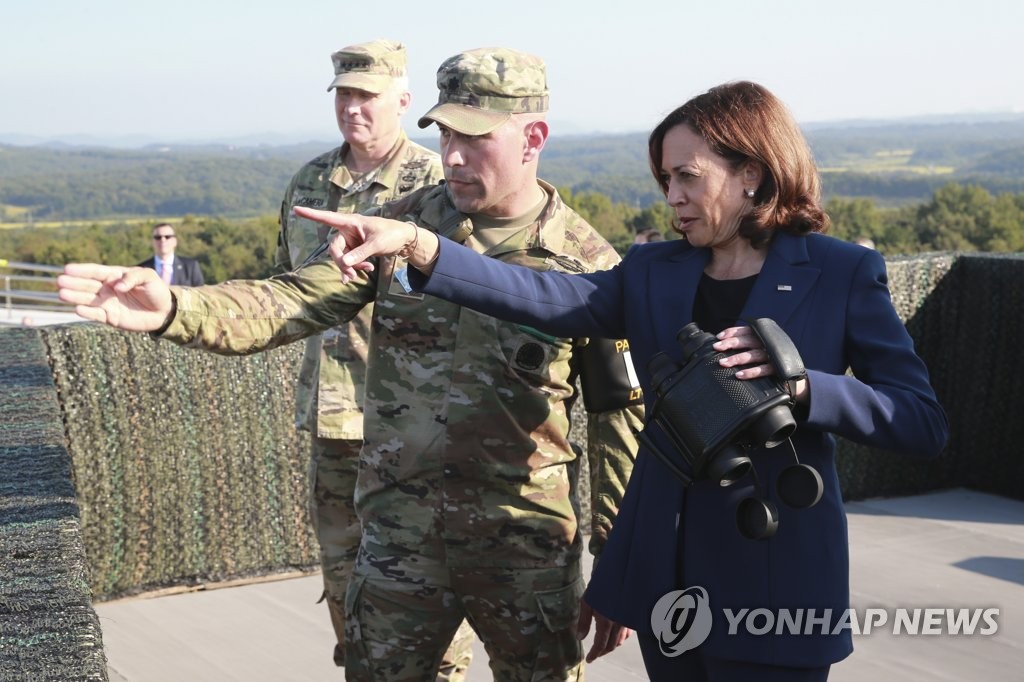 "I cannot state enough that the commitment of the U.S. to the defense of the Republic of Korea is ironclad, and that we will do everything in our power to ensure that it has meaning in every way the words suggest," Harris told reporters after her tour to the Demilitarized Zone.

The vice president later said the U.S. and South Korea stand ready to address any contingency.

"Nearly 70 years since the Korean Armistice, the threat of conflict remains, but as I said at the DMZ, the U.S.-ROK alliance stands ready to address any contingency," she said in a Twitter message.

In a separate tweet, Harris said she has reaffirmed the U.S.' defense commitments to South Korea while meeting with South Korean President Yoo Suk-yeol in Seoul. 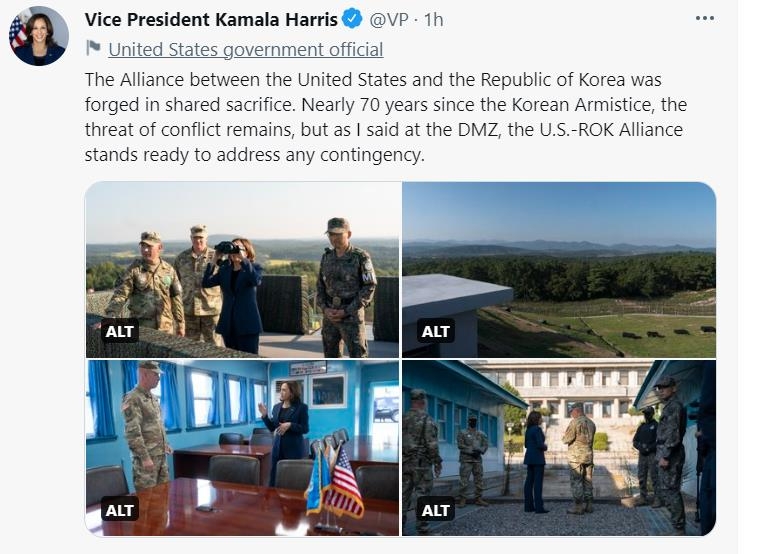