(ATTN: UPDATES with remarks from a White House spokesperson in paras 10-12; ADDS photos)
By Byun Duk-kun

The call came after the North launched an intermediate range ballistic missile (IRBM) over Japanese territory on Tuesday (Seoul time).

"The leaders jointly condemned the DPRK's missile test in the strongest terms, recognizing the launch as a danger to the Japanese people, destabilizing to the region, and a clear violation of United Nations Security Council resolutions," the White House said of the Biden-Kishida call in a press release.

"They confirmed they would continue to closely coordinate their immediate and longer-term response bilaterally, trilaterally with the Republic of Korea, and with the international community," the White House said, referring to South Korea by its official name.

"The leaders discussed the importance of immediate return and resolution of the cases of Japanese citizens abducted by the DPRK and resolved to continue every effort to limit the DPRK's ability to support its unlawful ballistic missile and weapons of mass destruction programs," it added.

The Biden-Kishida conversation followed a series of phone calls between U.S., South Korean and Japanese officials, including the countries' top diplomats and national security advisers.

Reuters later reported the U.S. plans to call for an emergency meeting of the U.N. Security Council to be held on Wednesday to discuss the North's missile provocation. 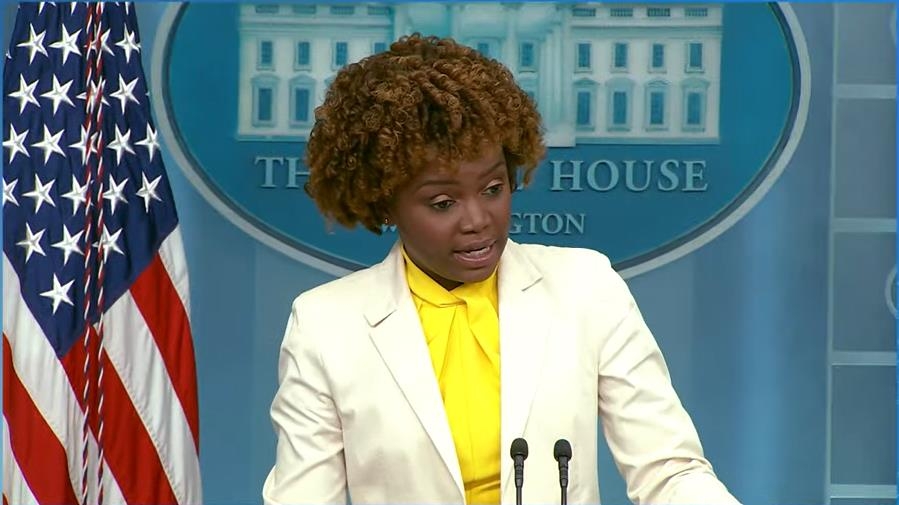 "Our goal remains the complete denuclearization of the Korean Peninsula. We remain prepared to engage in serious and sustained diplomacy to make tangible progress towards that end, and we remain prepared to meet with the DPRK without preconditions," she said in a press briefing.

"It's unfortunate that the DPRK has not responded to our outreach," she added.

Tuesday's North Korean missile launch marked the fifth of its kind in just over a week.