(ATTN: UPDATES with more details in paras 5, 7)
By Chae Yun-hwan

On Tuesday, the North fired an IRBM from Mupyong-ri in its northern province of Jagang in its first launch of an IRBM in eight months. It flew around 4,600 kilometers over Japan and landed in the Pacific.

The allies are maintaining a full readiness amid the possibility of additional provocations by the North, the JCS said in a press release without specifying the exact location and time of the drills. Residents in and around the eastern coastal city of Gangneung said they saw a bright flash and heard a strong roar apparently from the training at around 1:00 a.m.

The South's military, meanwhile, fired one Hyunmoo-2C ballistic missile, but it fell inside the base after an abnormal flight. Its warhead was found around 1 kilometer backward from the launch point and just 700 meters away from the nearest civilian home, a JCS official said on the customary condition of anonymity.

There have been no casualties reported as the military is looking into the exact cause of the incident.

The propellant was burned, while the warhead itself did not explode, it added. Relevant authorities plan to examine all Hyunmoo-2C missiles in operation to ensure they have no defects.

It is "very regrettable" that local residents were surprised by that, the official added.

Later Wednesday, the top military officers of South Korea and the U.S. held phone consultations on ways to respond to evolving nuclear and missile threats from the North.

JCS Chairman Gen. Kim Seung-kyum and his U.S. counterpart, Gen. Mark A. Milley, condemned the North's IRBM launch and warned that the North would face a stronger combat posture from the allies if it continued its provocations, Kim's office said. 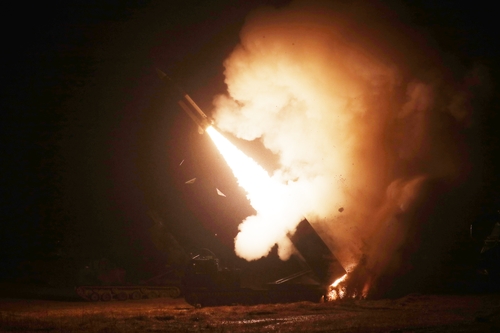