(ATTN: UPDATES with quotes by finance minister in last 2 paras)
By Kang Yoon-seung

SEOUL, Oct. 5 (Yonhap) -- South Korea's consumer prices grew at a slower pace on-year for the second consecutive month in September on the back of slowed growth in prices of oil and agricultural products, data showed Wednesday, in yet another sign that inflation may have peaked.

Consumer prices, a key gauge of inflation, rose 5.6 percent last month from a year earlier, slowing from a 5.7 percent rise in August, according to the data from Statistics Korea.

In July, consumer prices increased at the fastest pace in almost 24 years at 6.3 percent. Compared with a month earlier, September's consumer prices have gone up 0.3 percent, the data showed.

Consumer prices, meanwhile, continued to rise above 2 percent -- the central bank's inflation target over the medium term -- for the 18th straight month in September.

"The growth (of consumer prices) narrowed due to the slowed increase in the price of oil and agricultural products, such as vegetables and fruits," said Eo Woon-sun, a senior Statistics Korea official.

Eo, however, said South Korea needs to closely monitor the impact of a possible cutback of the supply by the Organization of the Petroleum Exporting Countries (OPEC) Plus on the global oil prices.

"If the recent trend in the oil prices continues to some extent, (consumer prices) are expected to move within the current range," Eo added. 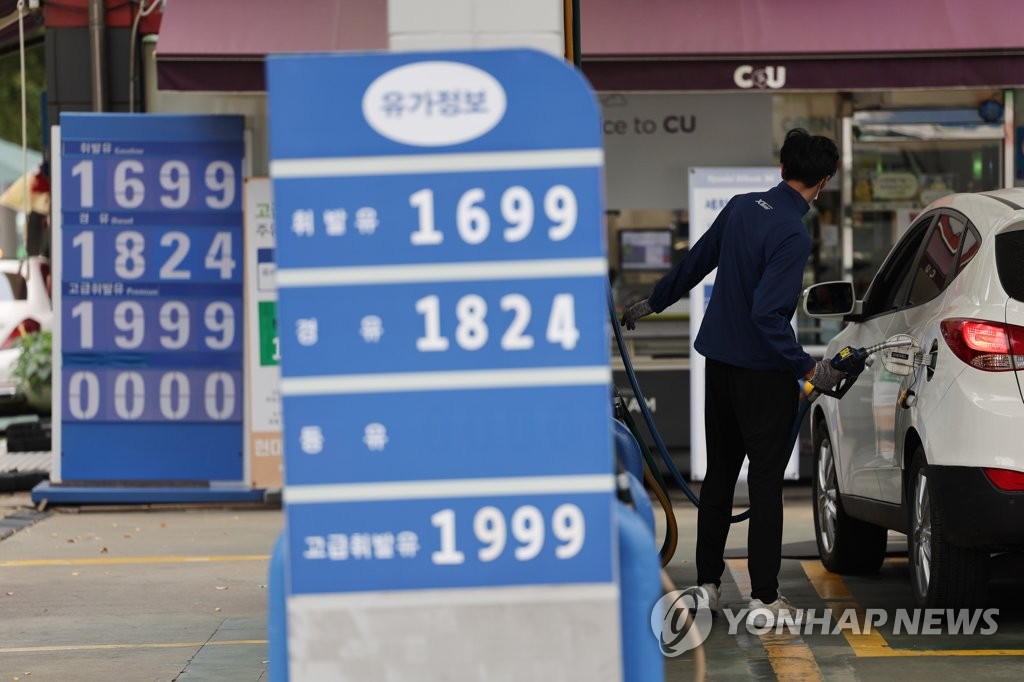 The official, meanwhile, noted the possibility of the inflation having reached its peak as the growth of consumer prices was extremely high in July.

Prices of Dubai crude, South Korea's benchmark, stood at US$90.95 per barrel on average in September, down 5.68 percent from the previous month, according to the Korea National Oil Corp. The oil prices were still up 18.32 percent from a year ago.

Eo added that despite the slowdown in the growth in prices of oil and agricultural products, South Korea may still face further inflationary pressure due to the strong greenback. He suggested the country's annual inflation is at the low 5 percent range.

By sector, prices of petroleum products jumped 16.6 percent on-year in September. However, they were down 2.7 percent from a month earlier. South Korea depends heavily on imports for its energy needs.

Vegetable prices soared 22.1 percent on-year in September, although they slowed from a 27.9 percent spike in August.

Prices of personal services increased 6.4 percent, driven by a recovery in demand and the lifting of major virus curbs. It was the largest leap since 6.6 percent posted in April 1998.

The cost of dining out went up 9 percent on-year in September, according to the data, marking the sharpest growth since July 1992.

The price of utility services gained 14.6 percent on-year in September, slightly slowing from a record 15.7 percent growth in August.

In August, South Korea's central bank revised its inflation outlook for 2022 from the previous 4.6 percent to 5.2 percent, which is the highest projection since it introduced the inflation target system in 1998.

To fight soaring inflation, the Bank of Korea raised its key interest rate by a quarter percentage point in August, setting the benchmark seven-day repo rate at 2.5 percent.

It marked the bank's seventh increase in borrowing costs -- 2 percentage points combined -- since it delivered its first rate hike in 15 months in August last year amid fast-growing inflation concerns.

During a parliamentary audit, Finance Minister Choo Kyung-ho said the country's consumer prices are expected to fall gradually after staying at a "plateau" for a certain period.

"The government is putting its top priority on stabilizing consumer prices and is mobilizing all policy measures," Choo said. "We will continue to check key factors related to consumer prices, including the supply of agricultural products and volatility in energy costs." 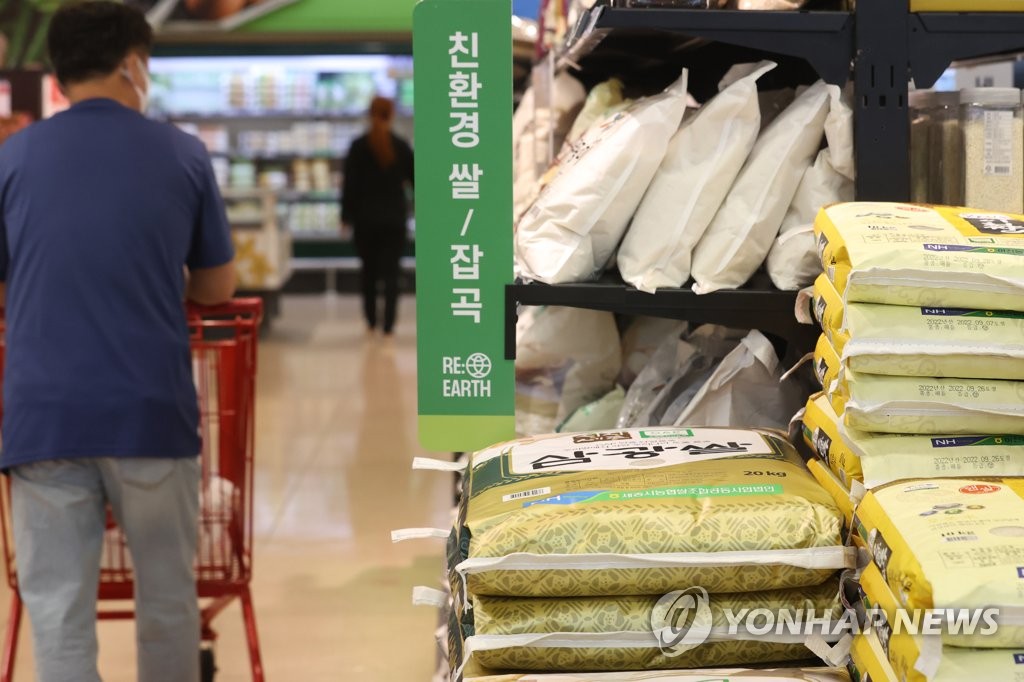