Kwon Young-se, South Korea's top point man on North Korea, paid a courtesy call on Steinmeier during his four-day trip to Germany to commemorate the 32nd anniversary of Berlin's unification.

Kwon voiced concerns over Pyongyang's latest missile provocations, including a recent barrage of short-range and intermediate-range ballistic missile launches, but reaffirmed his commitment to a push for inter-Korean exchanges and humanitarian cooperation.

Steinmeier showed his "grave" interest in security situations on the Korean Peninsula and expressed his full support for the South Korean government's sincere efforts to push for North Korea's denuclearization and ease tensions on the peninsula, according to Seoul's unification ministry.

The ministry also said it will make efforts to communicate with the international community to secure more support for its policies on inter-Korean ties and unification. 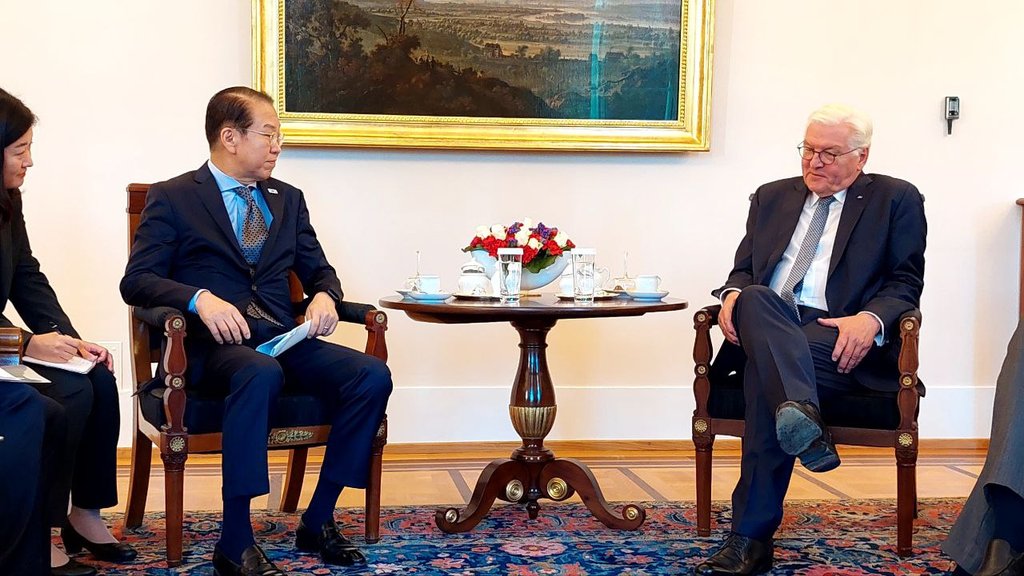