In a keynote speech at the U.N. General Assembly's first committee meeting in New York on Tuesday, Hwang Joon-kook urged Pyongyang to respond to Seoul's "audacious initiative" designed to help the North develop its economy in exchange for denuclearization steps.

South Korea "condemns in the strongest terms the DPRK's continued nuclear and missile activities in flagrant violation of the U.N. Security Council resolutions," he said, using the acronym for the North's official name, the Democratic People's Republic of Korea.

Hwang's comments came as North Korea fired an intermediate-range ballistic missile (IRBM) on Tuesday that flew some 4,500 kilometers over Japan.

Since the start of this year, the country has staged more than 20 rounds of missile tests, firing nearly 50 ballistic missiles, the most ballistic missiles it has ever launched in a single year. South Korea and the U.S. say the North is apparently ready to carry out a nuclear test as well.

Hwang, formerly Seoul's top nuclear envoy, called on the North to "immediately return to dialogue and respond positively to the South's audacious initiative." 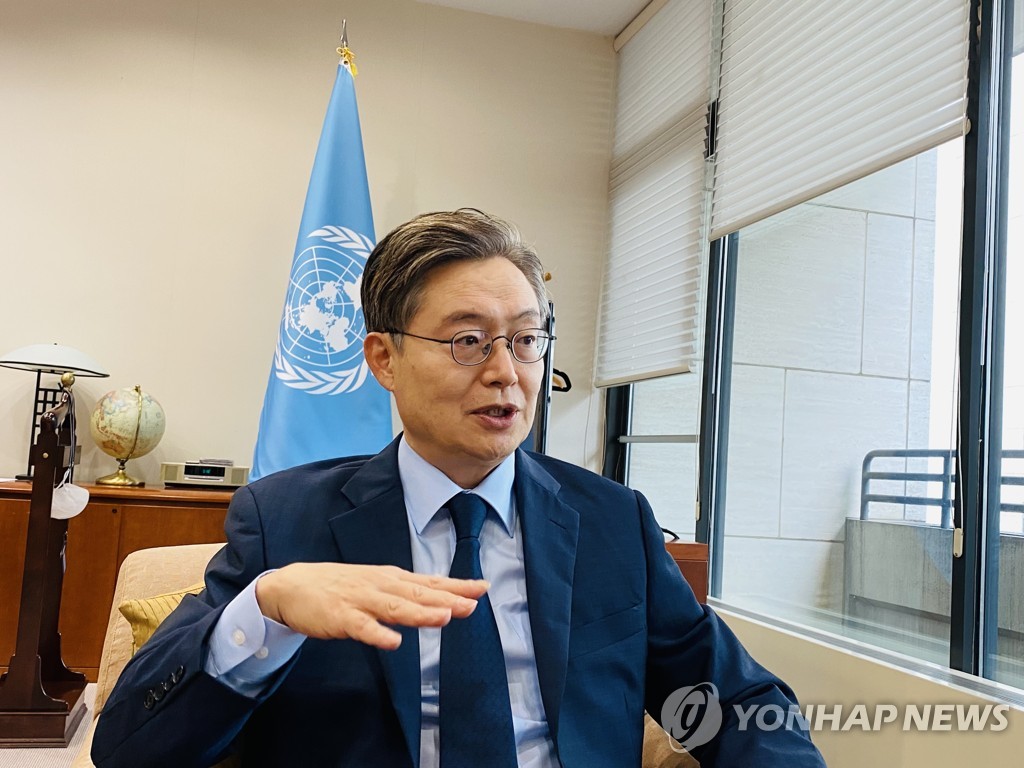