SEOUL, Oct. 9 (Yonhap) -- The commander of a Canadian Navy frigate has highlighted Ottawa's steadfast commitment to the enforcement of U.N. Security Council (UNSC) sanctions on North Korea as part of efforts to promote peace on the Korean Peninsula and beyond.

It came as South Korea, the United States and other like-minded countries have been cranking up security coordination following a recent series of North Korean missile provocations, including Tuesday's intermediate-range ballistic missile launch over Japan.

"The Government of Canada, through the Canadian Armed Forces, will continue to support multinational efforts to monitor the U.N. sanctions against North Korea through Operation NEON," he said in a recent written interview with Yonhap News Agency.

"Vancouver's conduct of Operation NEON demonstrates the level of international solidarity in support of peace and security on the Korean Peninsula," he added.

Operation NEON focuses on surveillance operations, including identifying suspected maritime sanctions evasion activities, like ship-to-ship transfers of fuel and other commodities banned by the UNSC resolutions. It started Sept. 20 and will run through the end of this month.

For the operation, Canada has deployed the Halifax-class frigate HMCS Vancouver, along with a CH-148 Cyclone helicopter detachment and a CP-140 Aurora maritime patrol aircraft. The crew of the HMCS Vancouver this time is comprised of 240 sailors, soldiers and aviators.

"This contribution bolsters the integrity of the global sanctions regime against North Korea," the commander said.

The naval operation comes in sync with Canada's pursuit of a "peaceful, stable, and prosperous" Indo-Pacific, Whiteside said, touching on his country's longstanding military presence in Korea, including its staff at the U.N. Command headquartered in Pyeongtaek, 65 kilometers south of Seoul.

"Canada remains committed to a Free and Open Indo-Pacific, and as part of that, we are concerned by the threat posed by North Korea's weapons of mass destruction and ballistic missile programs," he said.

Whiteside voiced confidence that the Canadian Navy's support for the sanctions enforcement, coupled with its participation in regional exercises, is having an impact.

"This is evident through our contribution to collective efforts to help hold accountable those who are facilitating North Korea's maritime sanctions evasion contrary to international law," he said.

This month's visit was Whiteside's third trip to Korea with his Navy staff following his earlier visits in 2008 and 2017. Such continued trips in the region are essential to enhancing interoperability and military cooperation with the South Korean Navy, he said.

"Our continued presence in the region demonstrates our longstanding relationship with South Korea, which we hope to continue strengthening into the future," he added.

Since departing its home port of Esquimalt, western Canada, in June, the HMCS Vancouver has been on a six-month deployment to the Indo-Pacific, which included its participation in the biennial U.S.-led Rim of the Pacific Exercise and Operation NEON. 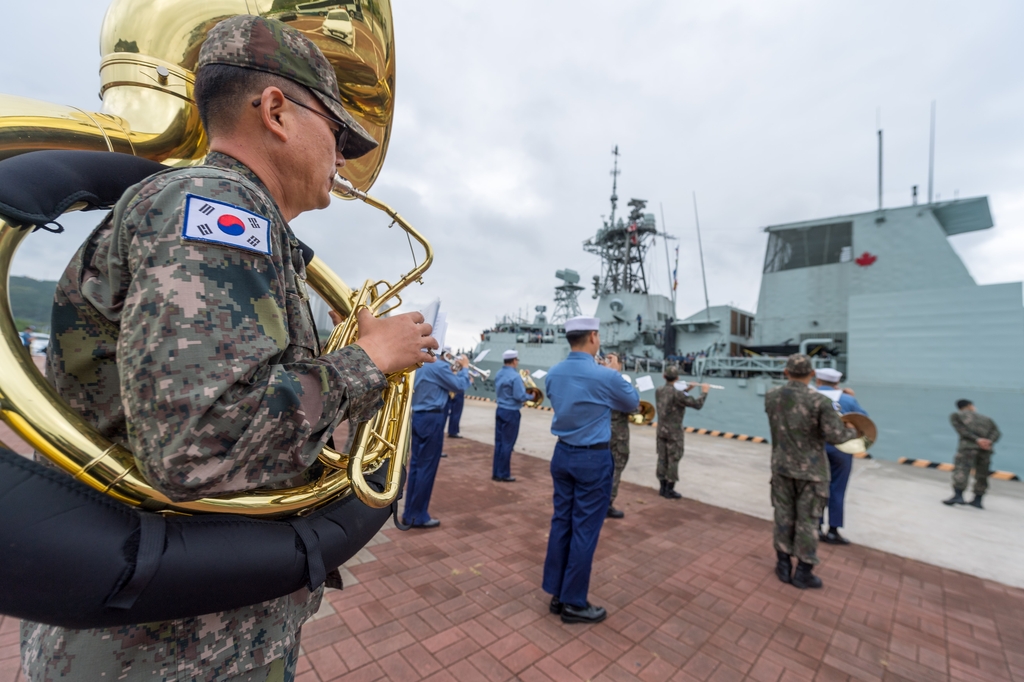