SEOUL, Oct. 11 (Yonhap) -- Lotte Chemical Corp. said Tuesday it is acquiring a major stake in a leading South Korean copper foil producer for 2.7 trillion won (US$1.88 billion) as part of efforts to advance into the battery components sector.

Lotte Chemical signed a stock purchase agreement to take over a 53.3 percent stake in Iljin Materials Co., held by the company president and CEO Huh Jae-myung, the chemicals manufacturing unit under Lotte Group said in a release.

The announcement came about a month after Lotte Chemical confirmed it had submitted a bid for Iljin Materials, a major copper foil producer in the country.

Copper foil is as thin as one-fifteenth the width of human hair and used as the anode current collector of the lithium-ion battery cells for electric vehicles.

It has been widely speculated that Lotte would buy Iljin Materials as acquiring the company would give a significant boost to Lotte seeking to expand its battery component business in a broader strategy to go green.

Lotte unveiled a 4 trillion-won investment plan to bolster its battery materials business, which manufacturers cathodes, anodes, electrolytes, separators and other objects. In July, it said it was building its first cathode foil production facility in the United States.

Lotte is also spending about 350 billion won to shore up its electrolyte solvent plant in its key domestic production line in Daesan, about 85 kilometers southwest of Seoul.

Iljin Materials has emerged as a highly prospective company in the battery materials market. It announced in May it was spending 500 billion won to build a copper foil factory in Spain's northeastern region of Catalonia, in what will be its second overseas plant after the Malaysian facility.

In June, the foil maker said it bagged an 8.5 trillion-won long-term contract to supply Samsung SDI Co. with copper foil until the end of 2030. 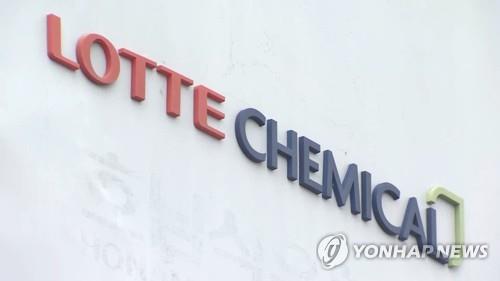