By Kim Boram and Kang Jae-eun

SEOUL, Nov. 14 (Yonhap) -- Sleep deprivation is prevalent in the modern world. Smartphone lights confuse the natural sleep-and-wake cycle of ordinary people, and the remote working culture makes it harder for them to switch off, even at night.

There is also an acceptance -- or even a glorification -- of forgoing sleep, fueled by the so-called "hustle culture."

A study published by health care firm Philips last year suggested only 55 percent of the global adult population was satisfied with their sleep.

"Obesity and sleep deprivation are two areas in which people need behavioral changes to overcome. In particular, we are required to get a total lifestyle makeover based on an accurate sleep diagnosis," Lee said in an interview with Yonhap New Agency on Nov. 7. 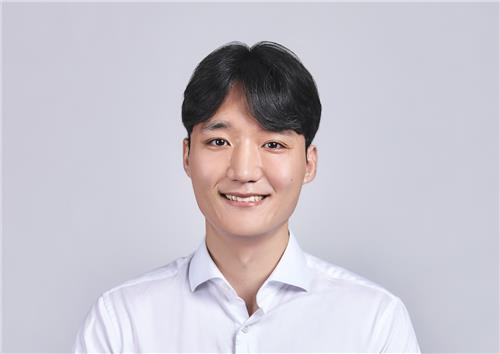 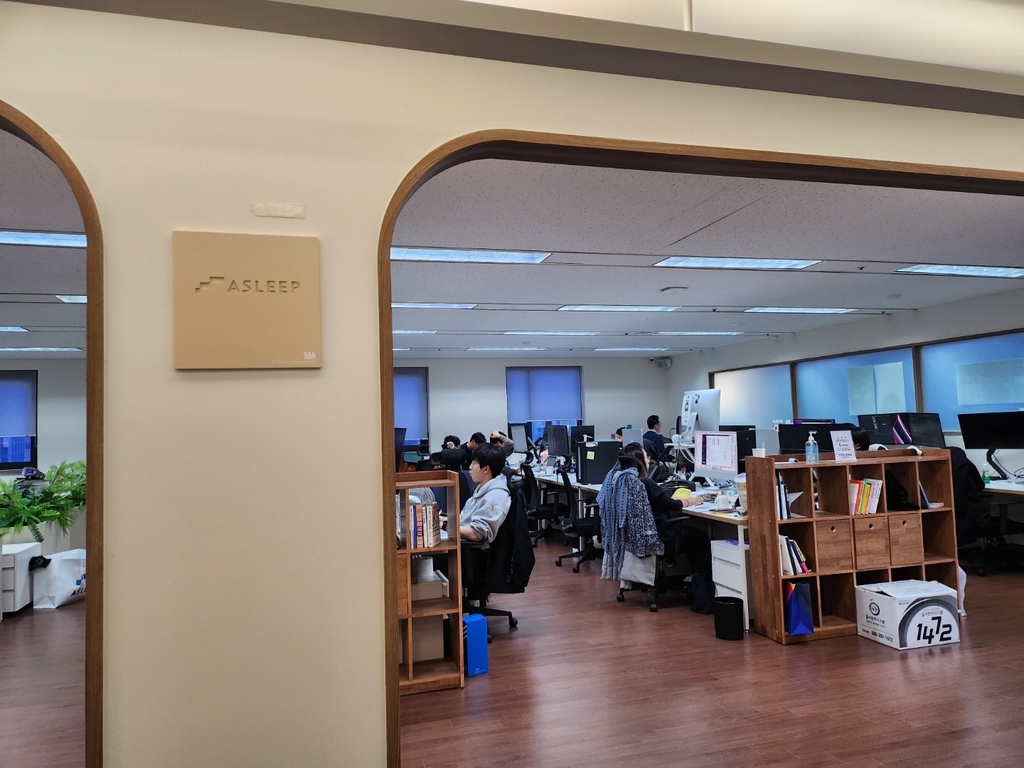 He said there are a number of sleep tracking apps in the market, but not many of them can diagnose one's sleep and provide corresponding treatments at the same time.

Their diagnosis data is also less accurate compared with clinically validated methods of sleep tracking, such as polysomnography and actigraphy, he added.

For instance, Fitbit Inc., a wearable health tracker maker, faced a class action lawsuit in 2015 from purchasers claiming its sleep tracker was "inaccurate." Fitbit eventually reached a settlement deal and paid US$12.5 per customer.

In 2020, Lee set up Asleep by teaming up with six lab colleagues at the Korea Advanced Institute of Science and Technology (KAIST), where he was studying for a masters degree in artificial intelligence.

"To track sleep, people have to either buy expensive brainwave detection devices or go through the hassle of having to put on a wearable device at night," Lee said.

"We had searched for a sleep tracking method that was easy but also comfortable for the subjects, and using sounds marked all those qualities we were looking for."

The seven KAIST students have collected more than 38,000 hours of people's sounds made during sleeping and their corresponding brainwave images in cooperation with the Seoul National University's Medical School since 2020.

They developed AI-powered software designed to interpret the smartphone-collected sound clips, match them with corresponding brain wave patterns and make educated guesses on a person's stage of sleep.

Its accuracy, called "mean per-class sensitivity," is 0.66, meaning its software has a 66 percent chance of being correct.

The same figure for Fitbit's sleep tracker is 0.63, while other available apps come up with rates around 0.5.

On top of that, Asleep, which has raised an accumulated investment of 18 billion won (US$13.4 million) so far, will open an independent sleep research center in central Seoul next month. This is to collect more sleep-related data in various environments and improve the accuracy of its AI software, which is closely related to quantity of data, he said.

The company will also join hands with a global sleep research center in the United States to collect fresh sleep sound data from subjects of different races, nationalities and cultural backgrounds. 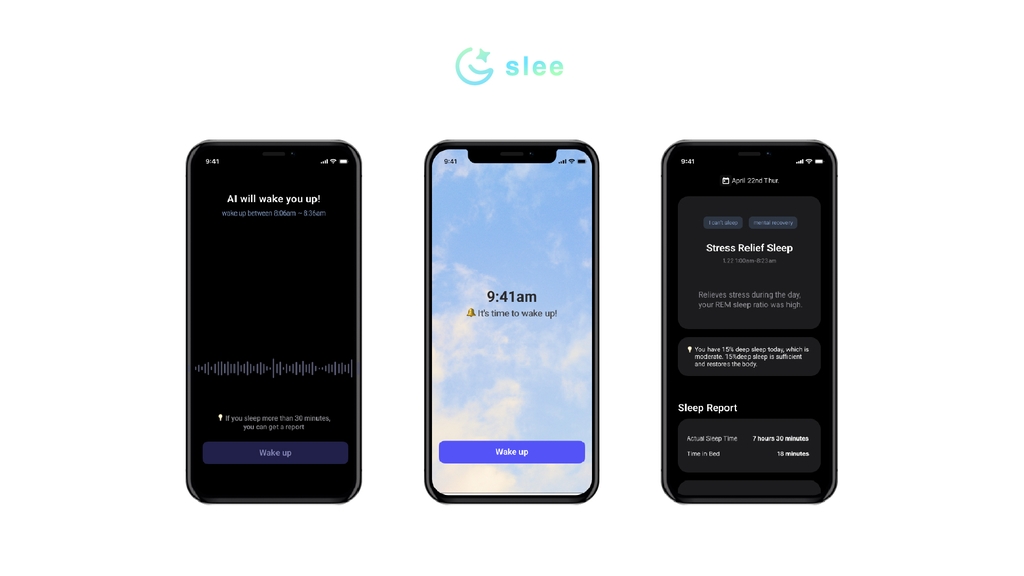 Asleep has yet to generate any revenue, but Lee said it has received many business partnership offers from major health care suppliers and global home appliance makers.

In October, it signed a deal with Amorepacific Corp. for a joint research collaboration on sleep-related health supplements and skincare products. It had also partnered with Amazon.com. Inc., which designated Asleep as an official partner for its Alexa voice AI.

Its mobile sleep tracking app called "Slee," which is now under beta testing, also contributes to the AI-powered diagnosis system.

The company will participate in the upcoming Consumer Electronics Show in Las Vegas next year to showcase its advanced technology in the sector, added Lee.

The engineer-turned-entrepreneur said his ultimate goal is to list his company on the tech-heavy Nasdaq Composite and try it out in the American market, hoping to become a leading company in the sleep diagnosis sector.

"Tesla took six years to make revenue. In our envisioned future, sleep diagnosis will become a part of people's daily routine, and everything from our digital watches to air conditioners, lights and even cosmetics will be designed to help us sleep well," he said.