SEOUL, Nov. 21 (Yonhap) -- Global K-pop sensation BTS has received two prizes at the American Music Awards (AMAs) in its fifth year of being honored in one of the most prestigious music awards in the United States.

It marks the fifth year for the South Korean group to grab an AMA since it was named favorite social artist for the first time in 2018.

BTS beat out other big name nominees, such as Coldplay, Imagine Dragons, Maneskin and OneRepublic, to win its fourth consecutive honor in the favorite pop duo or group category since 2019. The septet set a record for the most wins in the category in the AMAs' history, which began in 1974. 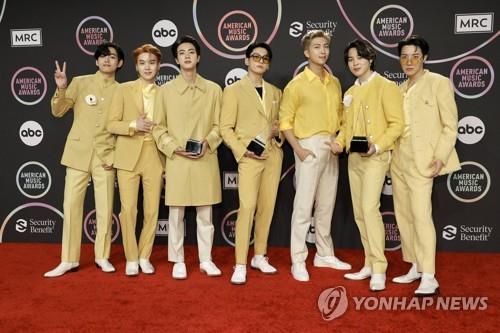 It also was chosen as the winner in the favorite K-pop artist category after being nominated in the new category created this year along with BLACKPINK, Seventeen, Tomorrow X Together and TWICE.

Last year, BTS rewrote K-pop history by becoming the first Asian act to win artist of the year, considered the top award. It also was among the megastars from across the musical spectrum to perform during the awards ceremony.

The band did not fly to the U.S. to attend the ceremony this year. Its youngest member, Jungkook, performed "Dreamers," a song from the official soundtrack for the FIFA World Cup Qatar 2022, during its opening ceremony Sunday (local time).

Tomorrow X Together, another popular boy group managed by BTS' agency, Big Hit Music, received spotlight from local media when it walked on the red carpet for the AMAs. 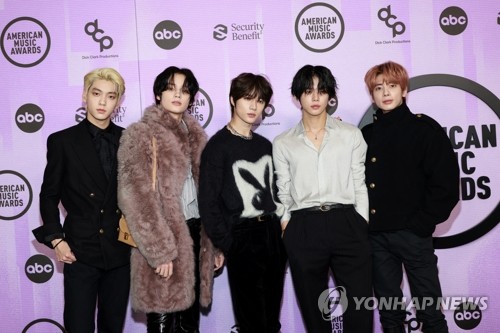