SEOUL, Nov. 21 (Yonhap) -- The main opposition Democratic Party (DP) and two minor parties submitted a blueprint for a parliamentary investigation into the Itaewon crowd crush, one of the last remaining steps to launch the probe despite strong objections from the ruling People Power Party (PPP).

The three parties, including the Justice Party and the Basic Income Party, plan to approve the investigation plan at a plenary National Assembly session on Thursday to kick off a 60-day probe into the Oct. 29 tragedy that killed at least 158 Halloween partygoers in Seoul's Itaewon district.

The plan calls for determining the cause of the incident and whether necessary measures were taken by relevant government institutions, including the presidential office, the prime minister's office, the interior and safety ministry and the national police agency.

An 18-member special committee, consisting of nine DP lawmakers, one each from the Justice Party and the Basic Income Party and seven from the ruling PPP, will oversee the investigation from Nov. 24 to Jan. 22.

The opposition parties have accused the government of bungling the response despite prior warnings that safety accidents could happen as massive crowds were expected to converge in the nightlife district for the first Halloween celebrations without outdoor mask mandates in three years.

"Officials responsible directly or indirectly for the tragedy are continuing with false excuses, ridiculous slurs and responsibility evasion, while investigative authorities are also reducing the scope of their probe," the parties said in the document.

"President Yoon Suk-yeol is siding with those held accountable, making it difficult to properly investigate the truth," they said. 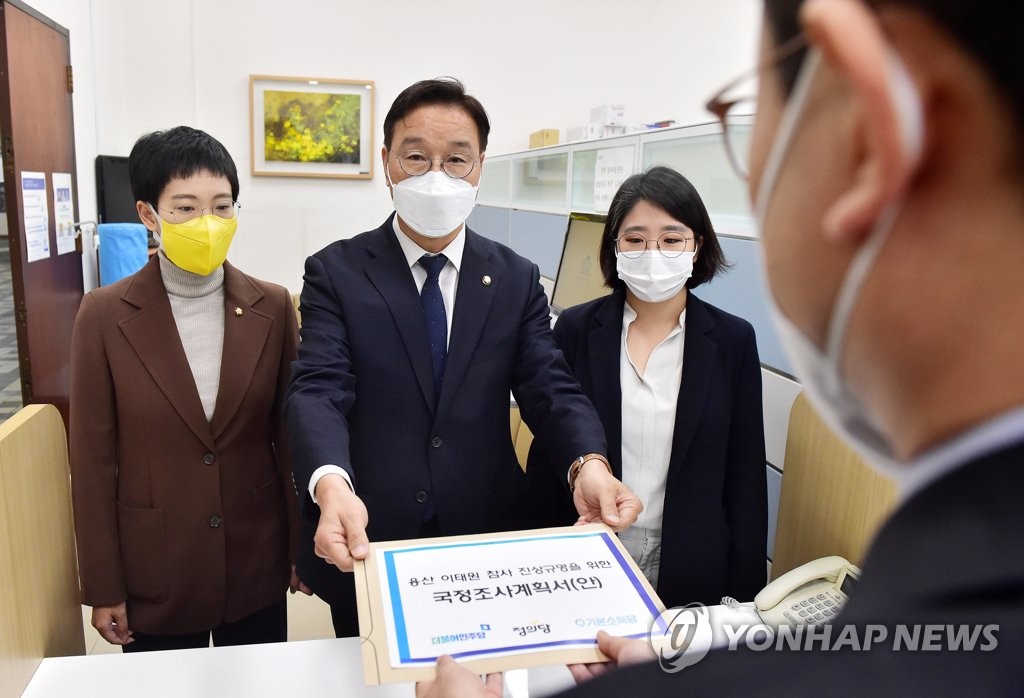 The ruling PPP has strongly opposed a parliamentary probe, saying it could hamper ongoing investigations.

The party reaffirmed its stance in a general meeting of its lawmakers Monday.

"We can always launch a parliamentary probe when it's needed. But it should be conducted when the ongoing probe is deemed insufficient or lacking, not at a time when probes are going on and many agenda items, including budget plans, are pending," PPP floor leader Joo Ho-young told reporters after the meeting.

"It will not help finding the truth and cause political strife," he said.

Later Monday, Joo hinted at the possibility the party could agree to a parliamentary probe.

"I think we can do this based on agreement, if possible, after dealing with the budget," Joo said of the parliamentary investigation during a weekly meeting with the National Assembly speaker and his DP counterpart. "I will try to win consent from the party."

"Though the date and time were not specified, I think it can reflect a commitment to conduct a parliamentary investigation," he said. "Unless it is aimed at stalling for time, we will conduct an internal review" of the proposal. 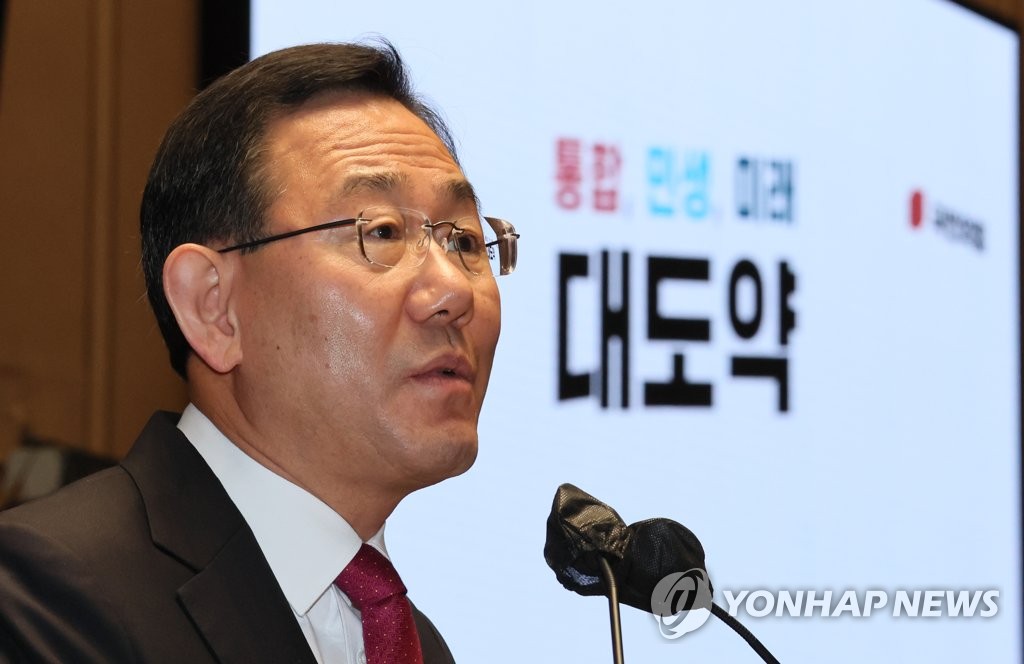