SEOUL, Nov. 23 (Yonhap) -- Unionized cargo truckers said Wednesday they will go ahead with a nationwide strike as planned this week to demand an extension of a freight rate system guaranteeing a basic wage and better labor rights.

Members of the Cargo Truckers Solidarity, affiliated with the Korean Confederation of Trade Unions, will walk out at the beginning of Thursday, and the union's 16 regional branches nationwide plan to simultaneously hold a ceremony launching the strike Thursday morning, union officials said.

The planned walkout comes about six months after the union of 22,000 truckers ended their weeklong strike in June that caused massive disruptions and delays in logistic services nationwide and inflicted heavy corporate losses.

The union has been demanding an extension and a wider coverage of the Safe Trucking Freight Rates System designed to prevent dangerous driving and guarantee minimum freight rates for truck drivers.

"At a time when the phaseout of the freight system is only about 40 days away, the National Assembly is making little headway due to bipartisan contestation," a union official said.

In a separate press conference, members of the Korean Public Service and Transport Workers' Union, which covers public transport workers, threw their support behind the truckers' strike plan, vowing to refuse to fill in for the striking truckers. 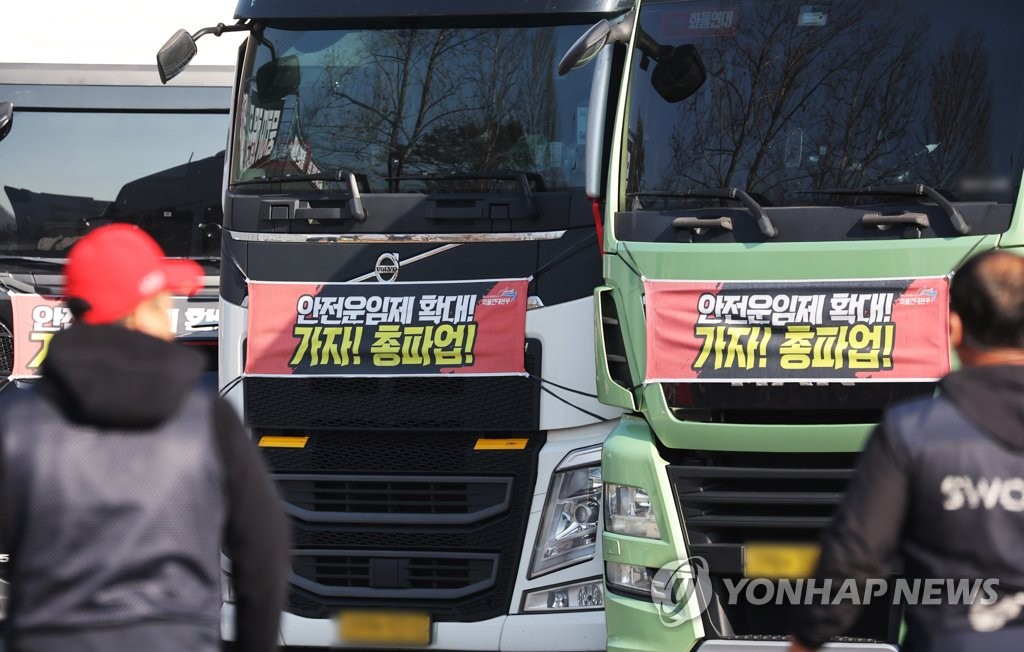 Ruling party floor leader Joo Ho-young on Wednesday pressed unionized truckers to call off the strike plan and urged the government to deal sternly with the nationwide walkout feared to cause supply disruptions in key sectors.

"Given our harsh economic circumstances, the Cargo Truckers Solidarity's collective action cannot earn the people's support at all. They should call off their strike declaration," Joo said, warning they should bear all legal responsibilities for illegal activities.