AL RAYYAN, Qatar, Nov. 23 (Yonhap) -- Football and politics collided on the pitch at the World Cup in Qatar on Wednesday, with German players apparently protesting FIFA's ban on an armband signifying diversity, tolerance and inclusion. 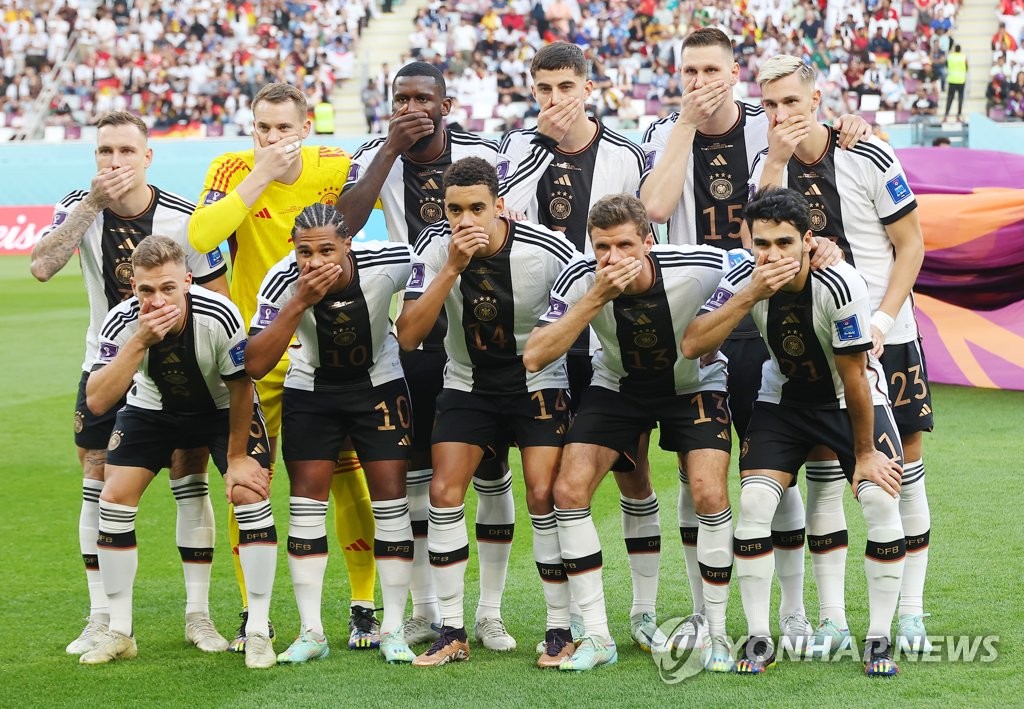 During their team photo session before taking on Japan at Khalifa International Stadium in Al Rayyan, just west of Doha, the 11 German starting players covered their mouths with their right hands.

It appeared to be a response to FIFA's threat of penalty against Germany and six other European teams if they wore "One Love" armbands in protest to discrimination in the host country Qatar. Captains for the seven European teams -- Germany, England, the Netherlands, Belgium, Denmark, Switzerland and Wales -- had planned to wear the armbands.

Qatar has faced heavy scrutiny in the leadup to the big tournament for its human rights record and criminalization of homosexuality.

FIFA warned on Monday that players wearing such armbands would receive a yellow card. 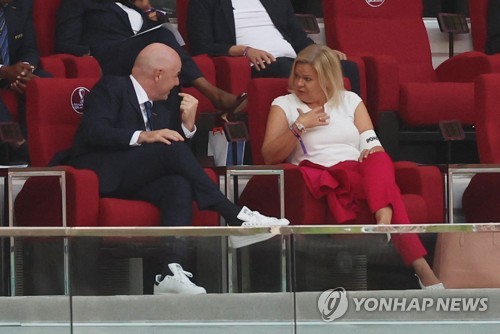 The German team and their national football federation have been particularly vocal in their criticism of FIFA's decision. Their captain, goalkeeper Manuel Neuer, wore the official FIFA armband, which says "No Discrimination," on his undershirt. Parts of the armband were covered by the sleeve of his uniform in the early moments, and the armband was turned so that the text "No Discrimination" were not visible from the outside.

After losing a bid to send a message through their own armband, Germany lost the match, too, by 2-1.

Ilkay Guendogan's first-half penalty was erased by two second-half goals for Japan, with Ritsu Doan leveling the score in the 75th and Takuma Asano delivering the winner eight minutes later.

The disappointing result aside, German forward Kai Havertz said it was important for his team "to do a statement like this."

"We spoke before the game what we can do. I think for us, it was the right thing to do to show people that we try to help wherever we can," Havertz said. "Of course, FIFA makes it not easy for us. But we tried to show that. I hope other countries would do the same.

In the stands, German Interior Minister Nancy Faeser was shown wearing a "One Love" armband while seated next to FIFA President Gianni Infantino.

In his pretournament press conference Saturday, Infantino blasted European critics of Qatar's policies for being "hypocritical" and defended the host country for making progress in human rights. 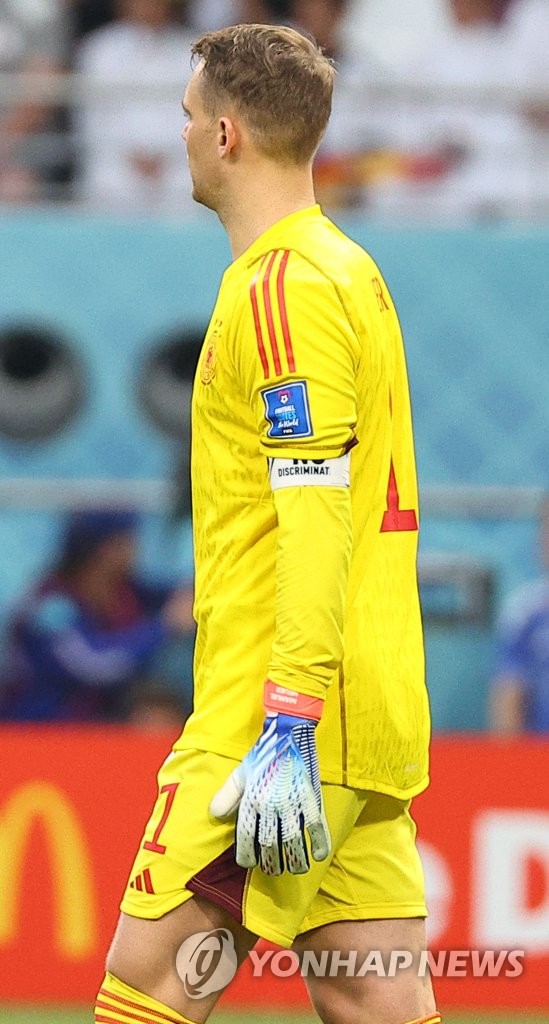