"We have seen a massive rebound in international whisky in Korea. Even in the past few years experiencing COVID-19, we saw 100 percent growth in the festive season," Frantz Hotton, president of Pernod Ricard Korea, said at a press conference in Seoul.

Pernod Ricard Korea is the local importer and distributor of whisky and liquor products made by Pernod Ricard SA of France.

This new addition to its prestigious Royal Salute brand was inspired by the Ceremony of the Keys, a traditional ceremony in Britain at the Tower of London, it explained.

Royal Salute is a luxury whisky brand of Pernod Ricard aged a minimum of 21 years.

The executive said there were three factors driving the growth in Korea's whisky market.

"First (are) highballs, with whisky gaining new momentum in consumption. Second, people wanting to learn more about whisky. The third driver of growth is recruitment of new consumers. Young customers entering the market, as well as seniors," he said.

Highballs are a type of cocktail normally made with Scotch whisky and carbonated water.

Fewer than 10,000 bottles of the 30-year-old whisky will be reserved for the Korean market, he added.

At the event, Pernod Ricard Korea also revealed an exclusive assortment of whisky glasses, wooden tables and trays made in collaboration with Teo Yang, a renowned Korean designer.

"As high as we evaluate the potential growth of the domestic high-end whisky market, in addition to high-aged products, we aim to release a diversity of rituals and artist collaborations," said Miguel Pascual, the marketing director of Pernod Ricard Korea. 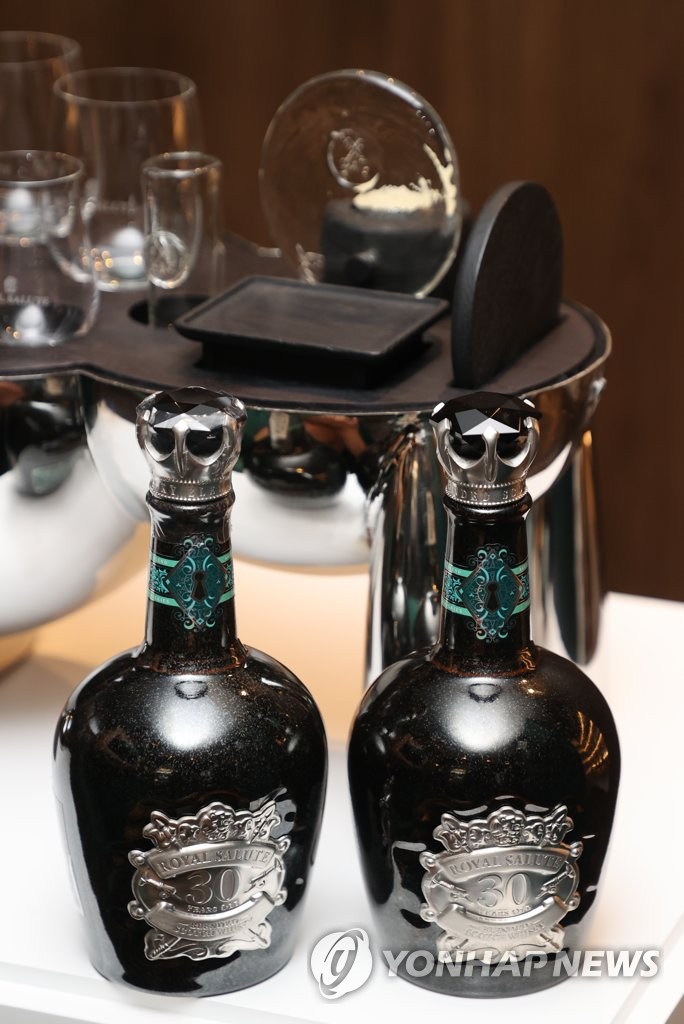