SEOUL, Nov. 24 (Yonhap) -- SK Inc. said Thursday it has joined hands with a major local dairy producer and a U.S. startup to merchandise alternative dairy products, such as plant-based milk and cheese, in its drive for sustainable food business.

The memorandum of understanding signed with Maeil Dairies Co. and Perfect Day, a producer of non-animal dairy proteins, will commit the three to push for forming a joint venture in South Korea to bring Perfect Day's alternative dairy ingredients into the market, the holding company of SK Group said in a release.

The California-based food-tech startup is known for having succeeded in producing plant-based dairy proteins identical to the protein found in cow's milk.

The protein is produced by growing fungi in fermentation tanks, and it goes through a filtering process to be dried into powder, which can be used to produce common dairy products, like milk, cheese and ice cream.

In a separate investment for alternative foods, SK said it has invested $7 million in Wildtype, an American startup that has developed a technology to produce salmon cultivated from cells.

Wildtype's "lab-grown" salmon has the appearance, texture and taste similar to raw salmon, but it's not genetically engineered. The company has been working to commercialize its salmon as products, like salmon steak and fillet.

SK Group Chairman Chey Tae-won has posted photos of salmon sushi made with Wildtype's cell-cultured salmon on his Instagram account, commenting the food technology can be a way to help reduce carbon emissions. 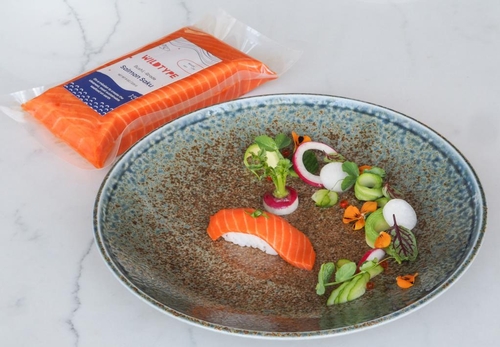 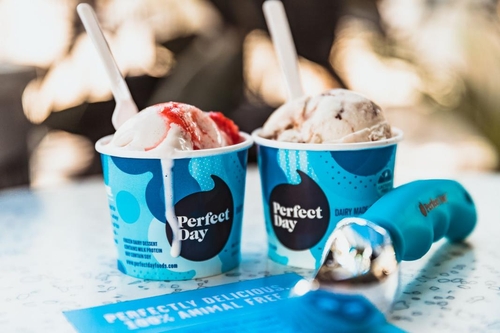