Lee said the security situation on the Korean Peninsula is "grave" due to the North's recent intercontinental ballistic missile launch and its preparations for a nuclear test, while expressing gratitude over Cambodia having called for the North to comply with U.N. Security Council (UNSC) resolutions.

Banh, who doubles as deputy prime minister, said in turn that Cambodia will continue to implement UNSC sanctions against the North given that the regime's nuclear and missile threats pose a challenge to regional security, according to the ministry.

Lee noted that Seoul will implement its recently unveiled Indo-Pacific strategy in "harmonious" cooperation with the Association of Southeast Asian Nations (ASEAN) Outlook on the Indo-Pacific, the regional bloc's broad vision for regional cooperation.

Banh expressed hopes that a bilateral arrangement will be signed to expand opportunities for Cambodian military officers to receive education in South Korean military institutions and expand exchanges between the two countries' Armies.

Following the meeting, the two sides signed a memorandum of understanding on bilateral cooperation on U.N. peacekeeping operations and South Korea's provision of engineering equipment to Cambodia. 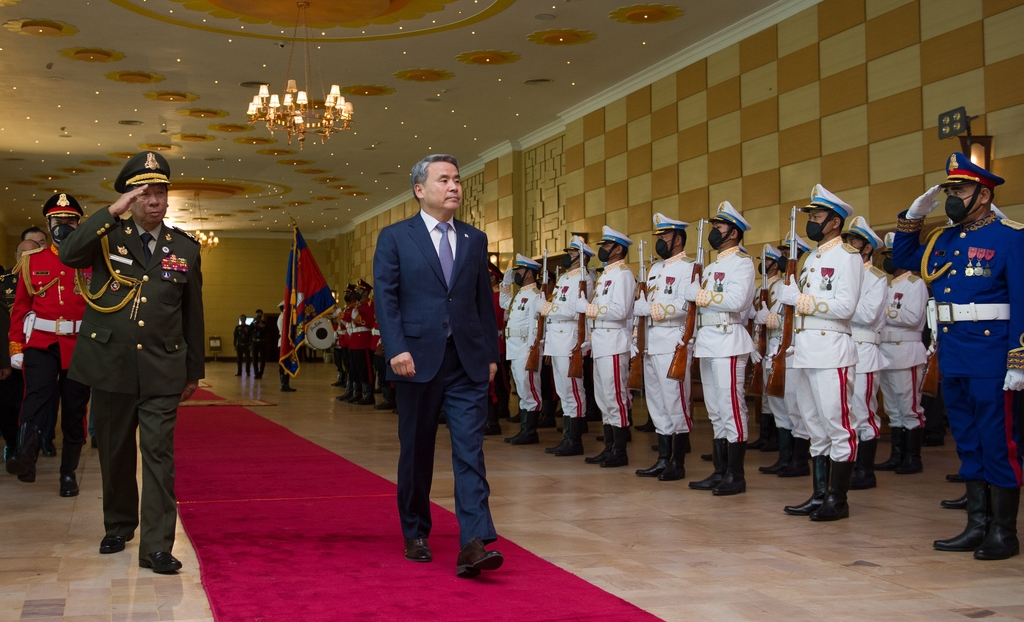