AL RAYYAN, Qatar, Nov. 24 (Yonhap) -- It's not just South Korean captain Son Heung-min donning a black mask on the field. Dedicated fans of the Taegeuk Warriors have brought their own masks to Qatar to show support for their skipper at the FIFA World Cup on Thursday. 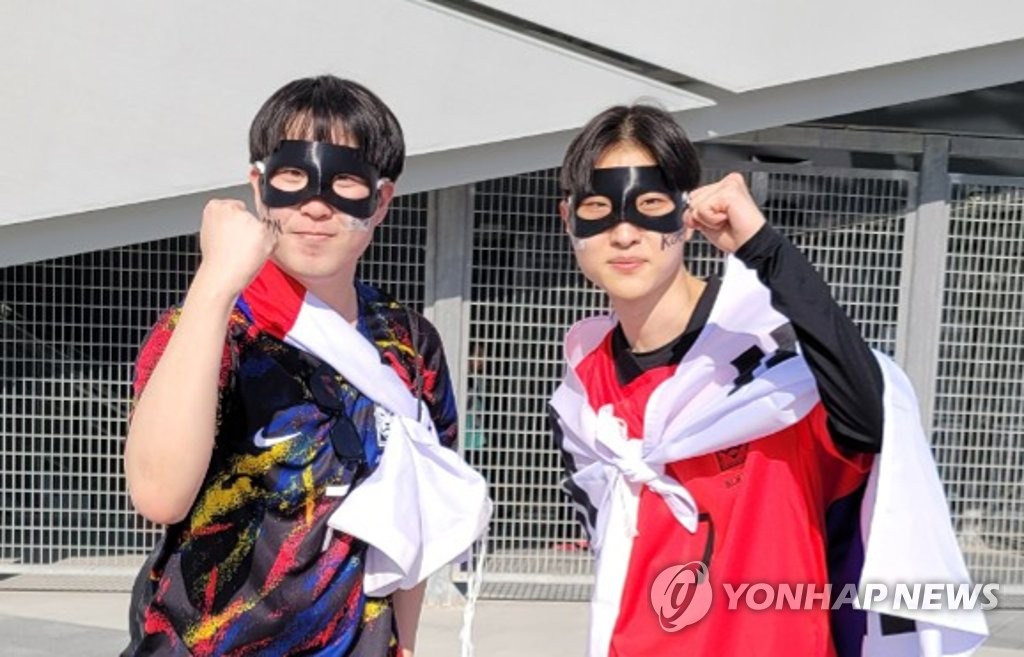 Two 26-year-old friends, Yoon Seok-won and Shin Jeong-cheol, said they built their own masks with a 3D printer. They have been here since Tuesday and attended the France-Australia and Germany-Japan matches before the South Korean match against Uruguay at Education City Stadium in Al Rayyan, just west of Doha.

"We wore France and Japan shirts for those two matches, and they both won," Yoon said, sporting a No. 7 Son shirt. "Our team is guaranteed to win today." 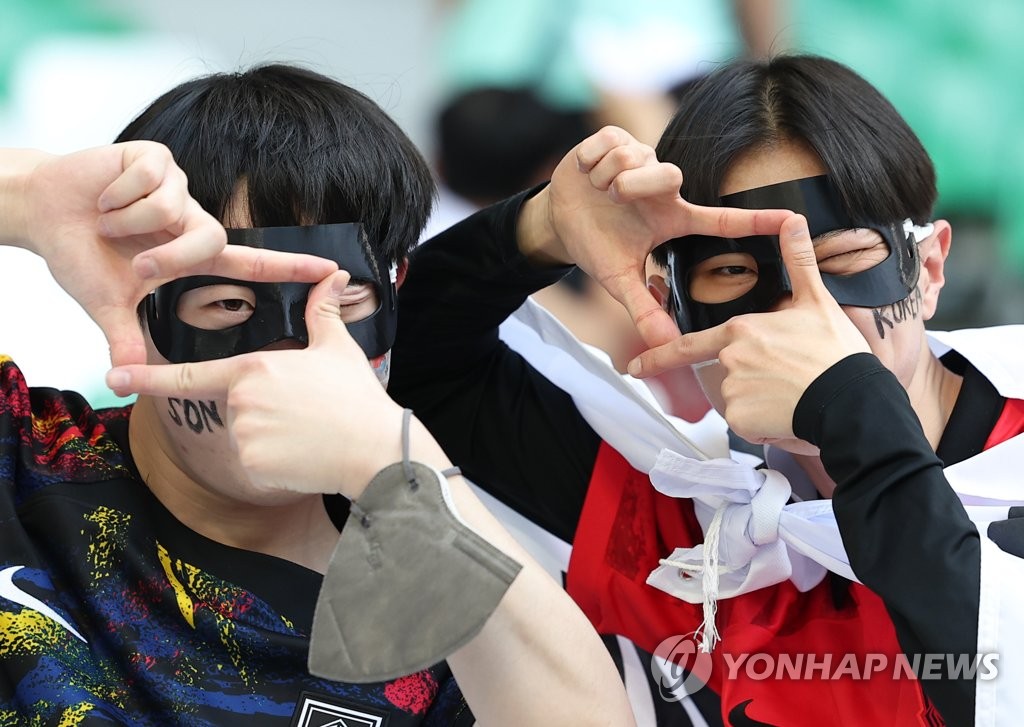 Yoon predicted a 2-0 win for South Korea, with Son getting one of the two goals. Shin was a bit more conservative, saying South Korea would prevail 2-1.

Another Korean fan wearing a mask, Shin Wang-cheol, said he wanted to do whatever he could to show Son that fans were behind him.

His friend, Lee Kang-hyun, added, "This mask will now be Son Heung-min's signature. We thought it'd be more meaningful for us supporters to wear a mask, too." A family of four from India had mixed rooting interest. The father, Zakir, said he and his wife were Uruguay fans, but their two daughters would be rooting for South Korea because they are fans of BTS, the global K-pop sensation.

"It's just a game. The spirit is more important," Zakir said with a smile. 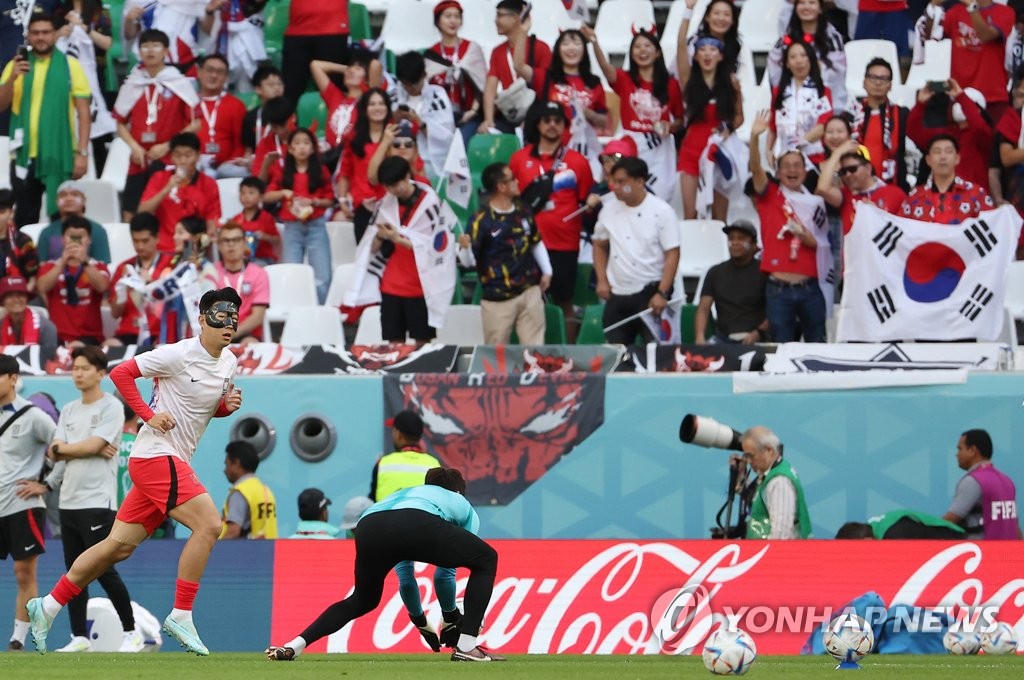 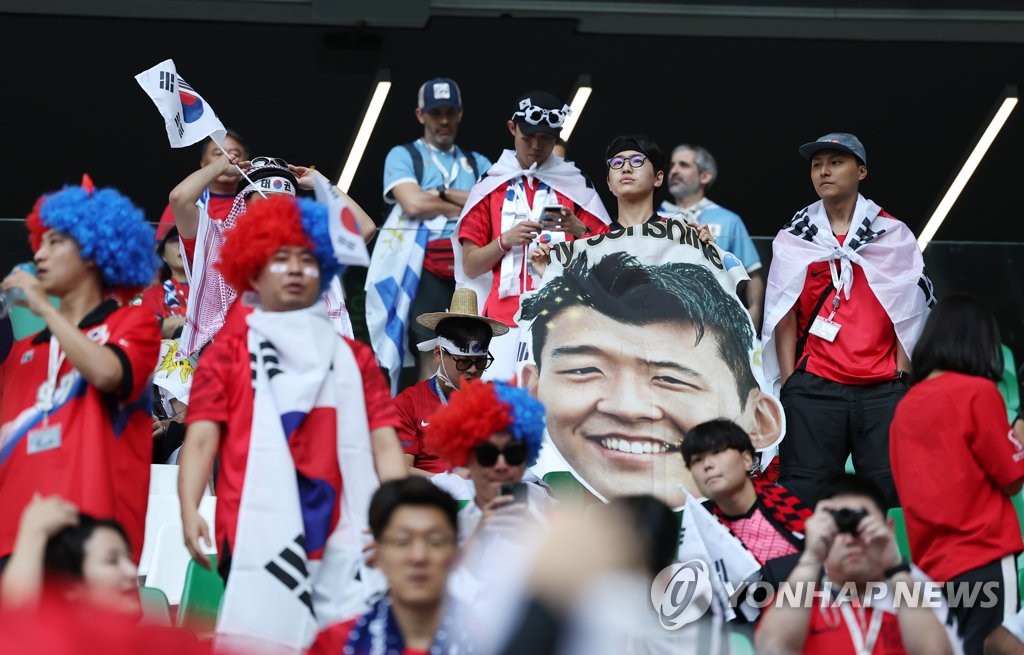