SEOUL, Nov. 24 (Yonhap) -- More than 10,000 people were gathered at Gwanghwamun Square on Thursday to cheer for South Korea in their opening World Cup match against Uruguay.

The crowd wasn't as large as initially expected, in part due to cold weather, but also because the nation is still reeling from the trauma of a crowd crush that killed more than 150 people during Halloween celebrations in Itaewon last month. 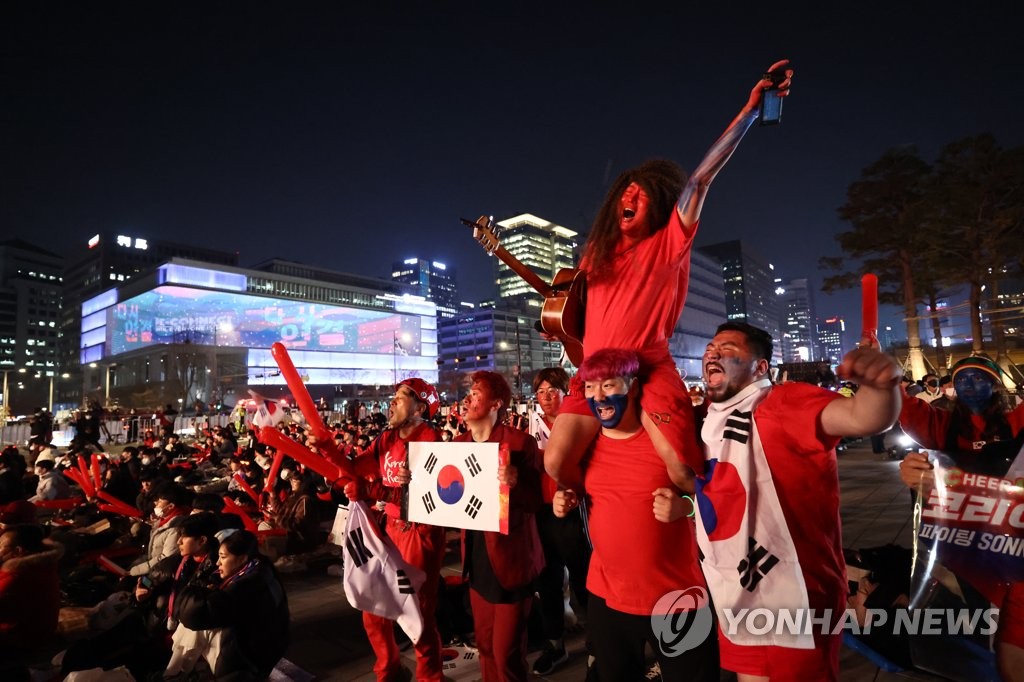 The square was divided into five zones, which were packed with more than 10,000 people by 9 p.m., an hour before the match was to begin in Qatar. As the density increased, police removed a fence lining Zone 5 to allow for more space.

"I couldn't come out to cheer during the World Cup when I was in high school, so this year, I really wanted to take part," said 22-year-old Kim Young-bin. "It's a bit cold, but once the game starts, won't the cold go away with the excitement?"

Hong Ji-ho, a 20-year-old college student who came out with four friends, said street cheering is a unique culture in South Korea and one of few opportunities for everyone to have a good time together. 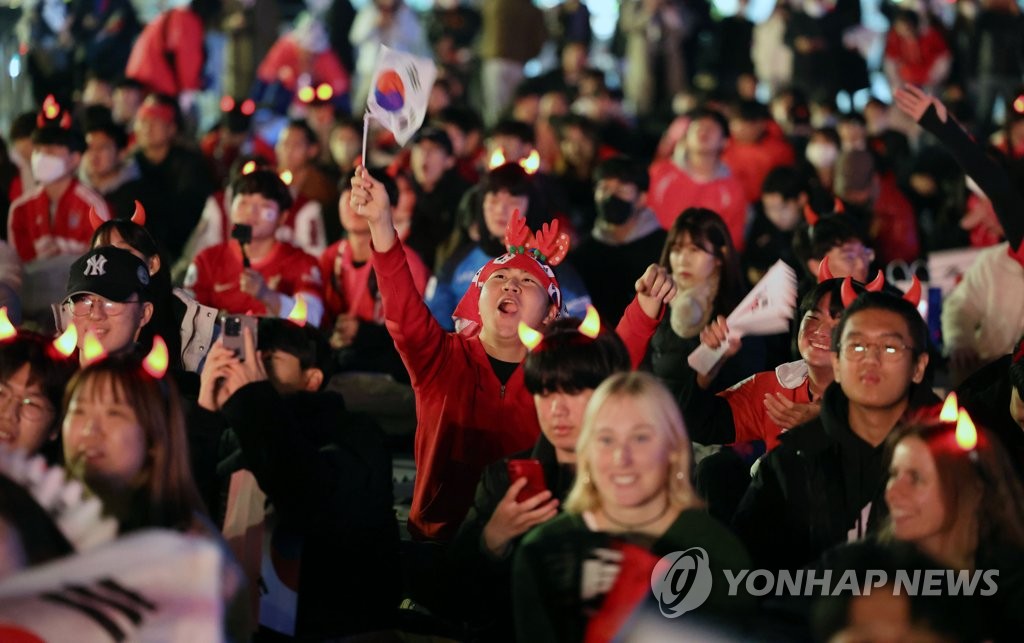 Some people were dressed in the uniform of the national football team and donning headbands shaped like devil's horns, a reference to the team's supporters' group, "Red Devils."

A band played music on the stage, and people danced to the beat, with some making noise with their cheering gear and chanting the country's name.

Park In-hyung, a 25-year-old college student, admitted that he hesitated to come out because it was only a month ago that dozens of people around his age died in the crowd crush, which left him heavy-hearted and also worried about going to a crowded place.

"But cheering for the national team with other people in an open space like this is refreshing," he said.

The bars and fried chicken joints nearby were also filling up with people, though there was still more space than during previous major sports events.

"It looks like people are ordering food and watching from home," said 45-year-old Park Geum-jun, who was drinking beer with his colleagues.