AL RAYYAN, Qatar, Nov. 24 (Yonhap) -- South Korea held the favored Uruguay to a scoreless draw to kick off their FIFA World Cup campaign on Thursday, thanks to a combination of stingy defense and a bit of luck.

Uruguay, ranked 14th, struck the goal post twice in the teams' first Group H match at Education City Stadium in Al Rayyan, just west of Doha, as the side each took a point from a tightly-contested match.

South Korea, world No. 28, first dodged a bullet when Diego Godin's header, set up by a Federico Valverde corner in the 43rd minute, struck the bottom of the left post and rolled away from the goal.

Then in the 89th, Valverde rang a hard shot off the left post to keep the match tied.

South Korea will be back at the same stadium at 4 p.m. Monday for their next Group H match against Ghana.

South Korea had their best look in the 34th minute, with Hwang Ui-jo airmailing a shot on an open chance after Kim Moon-hwan's low cross found him alone near the penalty mark. 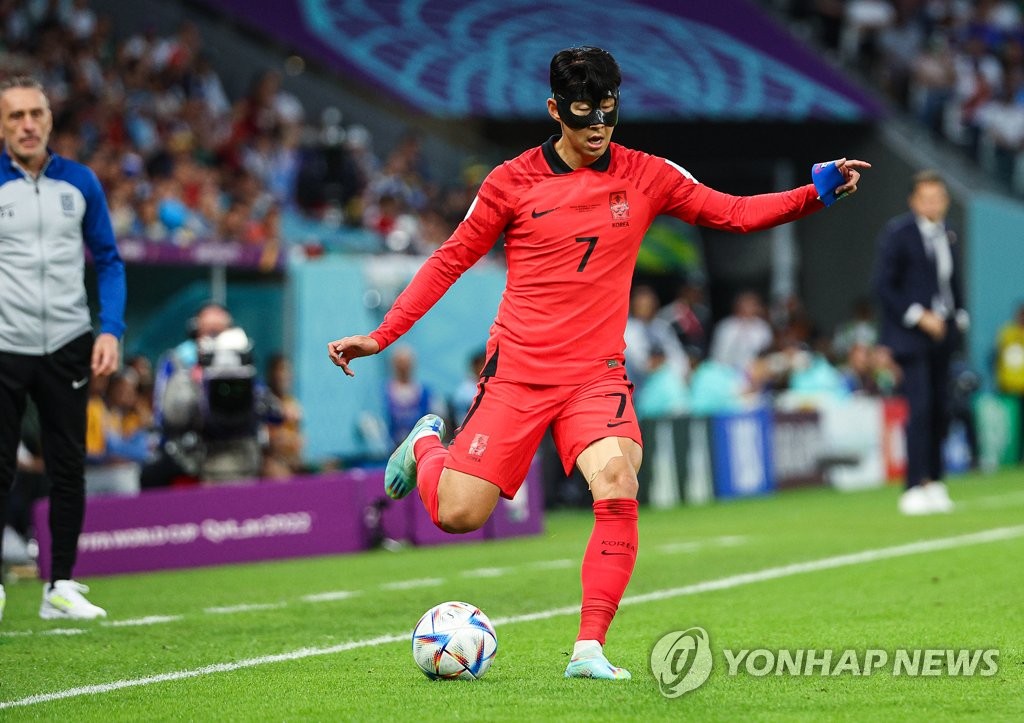