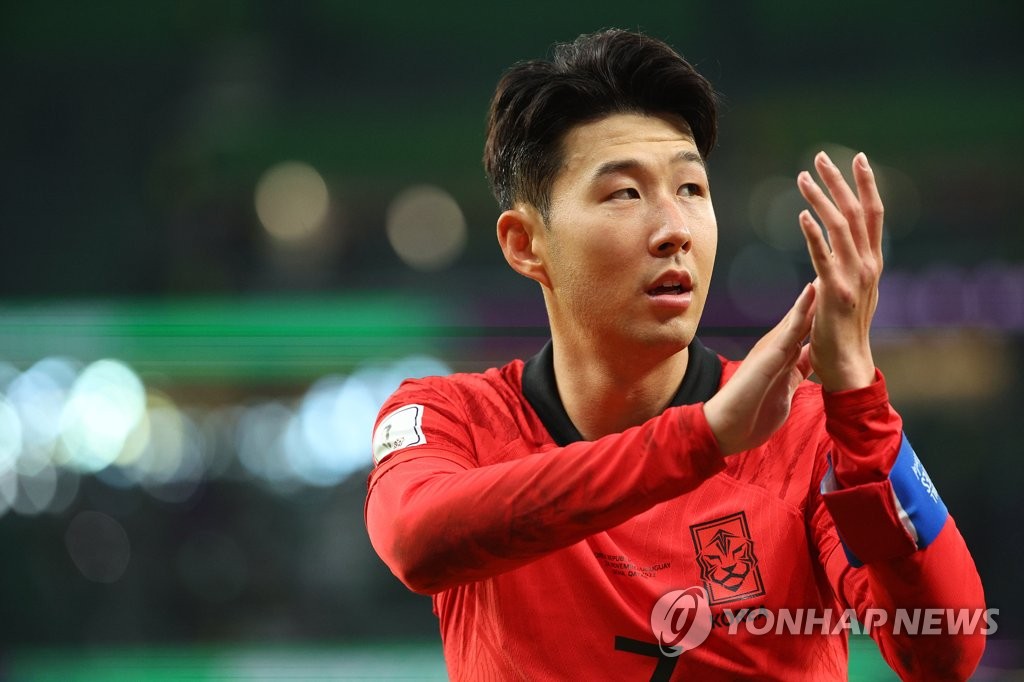 Son's best look came in the 90th minute following a Uruguay turnover, as his left-footed shot from outside the center of the box went right of the target.

Son is currently tied with two former stars, Park Ji-sung and Ahn Jung-hwan, for most World Cup goals by a South Korean with three.

Son suffered multiple fractures around his left eye in a collision with an opponent during a match on Nov. 1, and underwent surgery three days later.

Thursday's match took place 20 days after the procedure. Son had been training in Qatar with the mask on since last week and head coach Paulo Bento claimed Wednesday the mask was "not an inconvenience" for his captain. 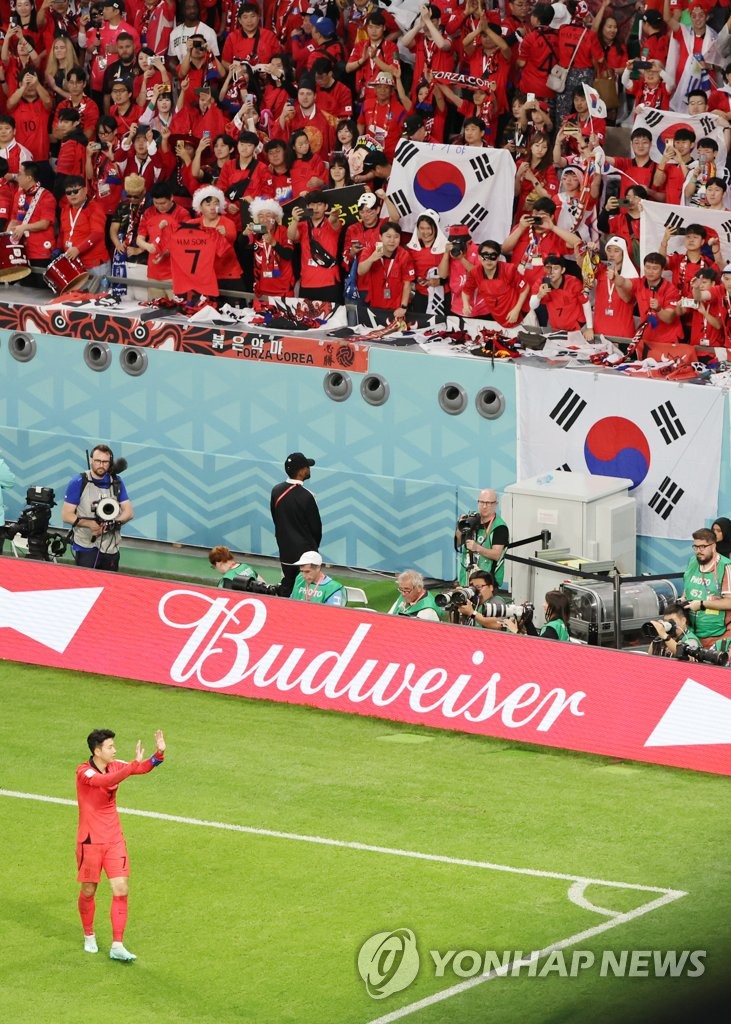 Son constantly fiddled with his mask. He did not head the ball once all match, though he did some light heading work in training earlier in the week. In a televised interview after the match, Son said he tried his best not to get distracted by the mask.

"This was my first match in three weeks, and my teammates helped me out so much," Son said.

Though Son and his teammates put up a good fight in holding the 14th-ranked Uruguay to a draw, Son said he was disappointed not to have pulled off an upset.

"We still have two more matches and we'll try to be better then" Son said. "It's too early to talk about advancing to the round of 16. I think we have to give everything we have in the next two games to get to that point."

South Korea will play Ghana on Monday, and then Portugal next Friday to close out Group H action. The top two teams will progress to the last 16.

"I think Ghana are a very strong team," Son said."We'll have to fight even harder than we did today. And I will be ready to give everything as the captain" 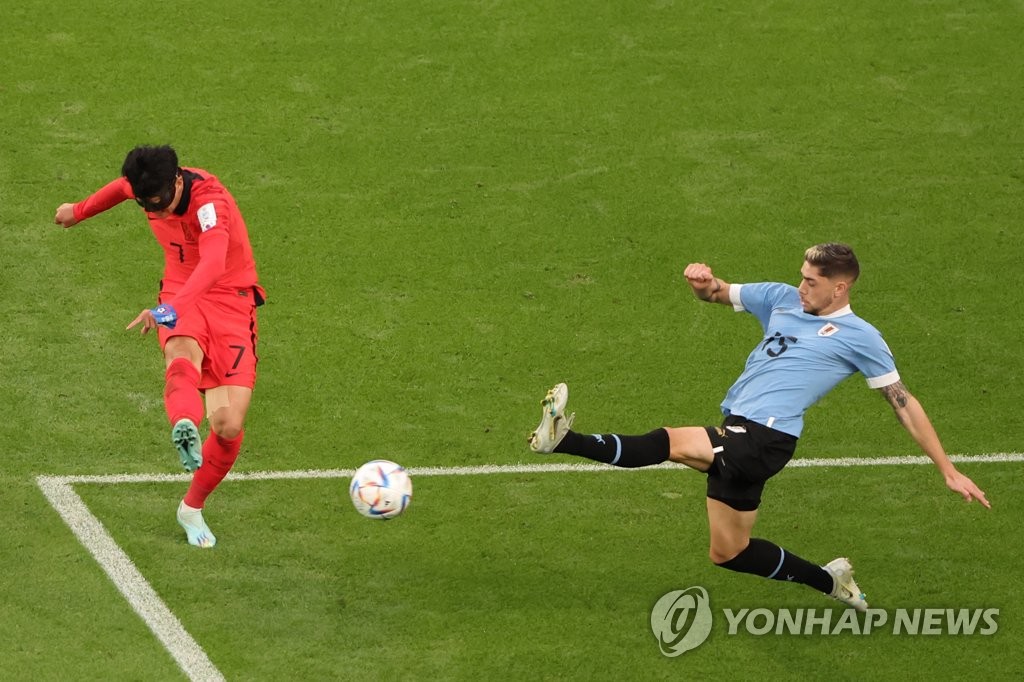