AL RAYYAN, Qatar, Nov. 24 (Yonhap) -- You can knock him down, but he will always get up again. And he will live to tell all about it.

South Korea's captain Son Heung-min, wearing a mask to protect his surgically repaired face, performed admirably against Uruguay in the teams' scoreless draw in Group H play at the FIFA World Cup on Thursday. Son even threatened to score in the late moments at Education City Stadium in Al Rayyan, just west of Doha, and generally looked to be in good form despite a long layoff following his injury. 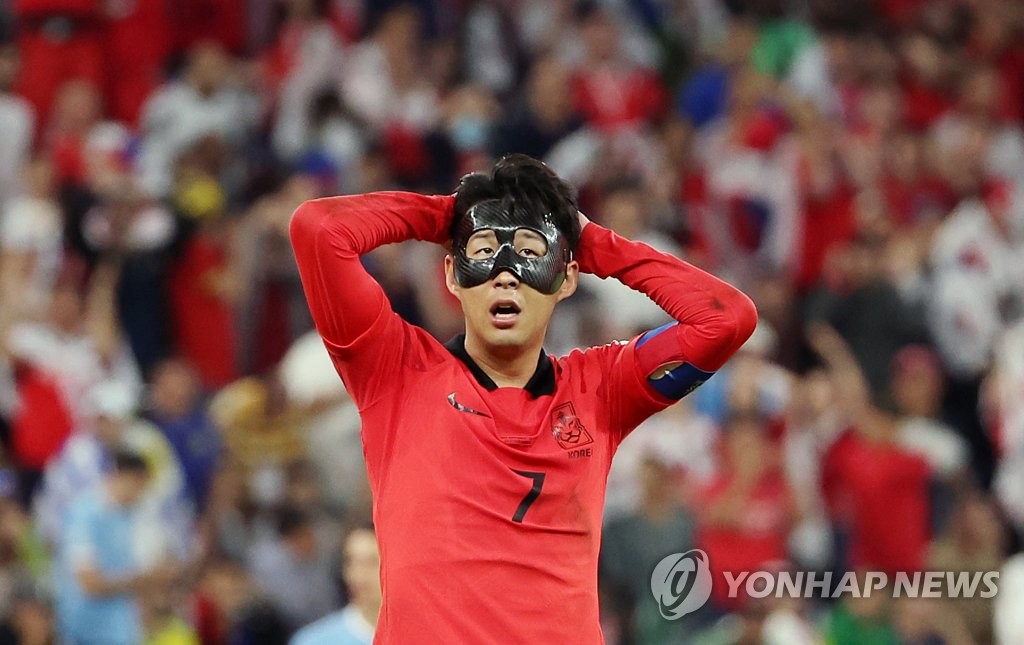 Son suffered fractures around his lefty eye in a collision with an opponent on Nov. 1. Thursday's match was his first since then, and he said afterward he felt just fine, thank you very much.

"I am not the only one playing with a mask. This is not a special situation for me because I've seen other players do the same," Son said. "Even if it may be a little uncomfortable, it's a huge honor to put on a national team shirt and play in a match like this."

Son also survived an injury scare in the second half when Uruguay defender Martin Caceres stepped on his right foot and his boot came off. Son said the pain wasn't bad enough to keep him off the field.

"I was able to play the match thanks to the help of my teammates. We all worked toward the same objective," Son said. "I think it helped alleviate some of the pains I felt."

As for some physical battles in the match, Son said, "If I get hit, then I get hit. In football, sometimes you hit or you get hit. I wasn't afraid." 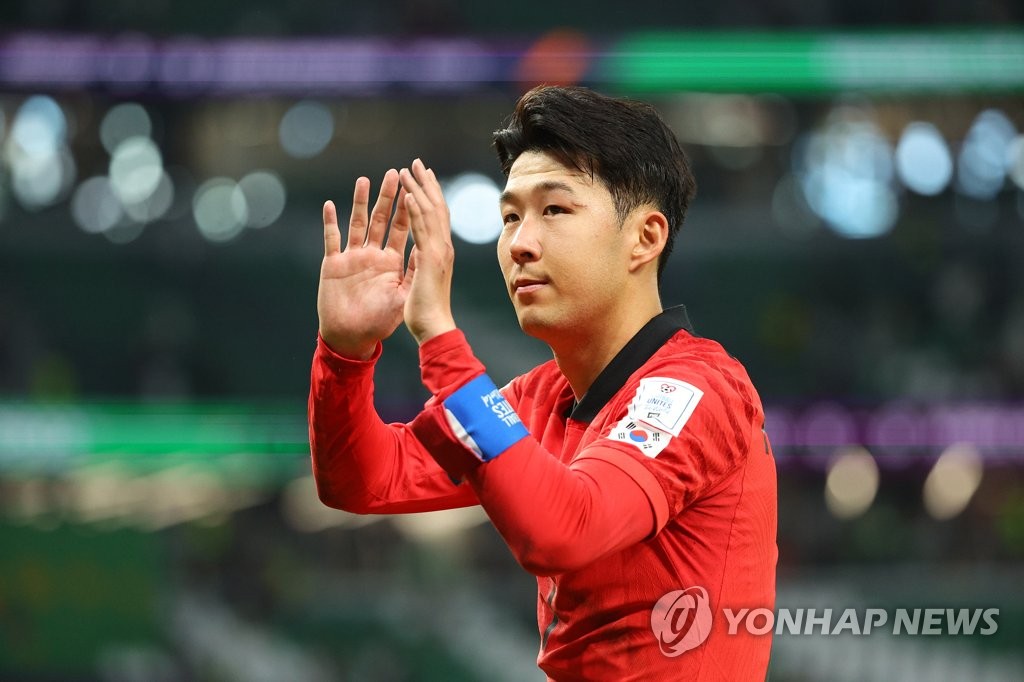 The draw against 14th-ranked Uruguay could be considered an encouraging result for South Korea, ranked 28th, but Son said his team deserved a better fate.

"Our guys are really disappointed. From my perspective, I think we should have earned three points," Son said. "And I am proud of my teammates for feeling disappointed with this draw. I want to thank them for playing so hard and helping me out on the field today."

Son said he gave a pep talk before the match to help make sure his teammates would enter the field with their heads held high.

"I told them, 'You're all great players and you should trust in your abilities. Don't be scared out there and do everything you want to do,'" Son said. "And I think the guys did exactly that. I am really proud of them."

With matches against Ghana and Portugal coming up, Son said South Korea should finish their chances better.

"It was encouraging that we created some chances against a strong team today, but we have to be more poised when we have opportunities," Son said. "That will be the key for upcoming matches." 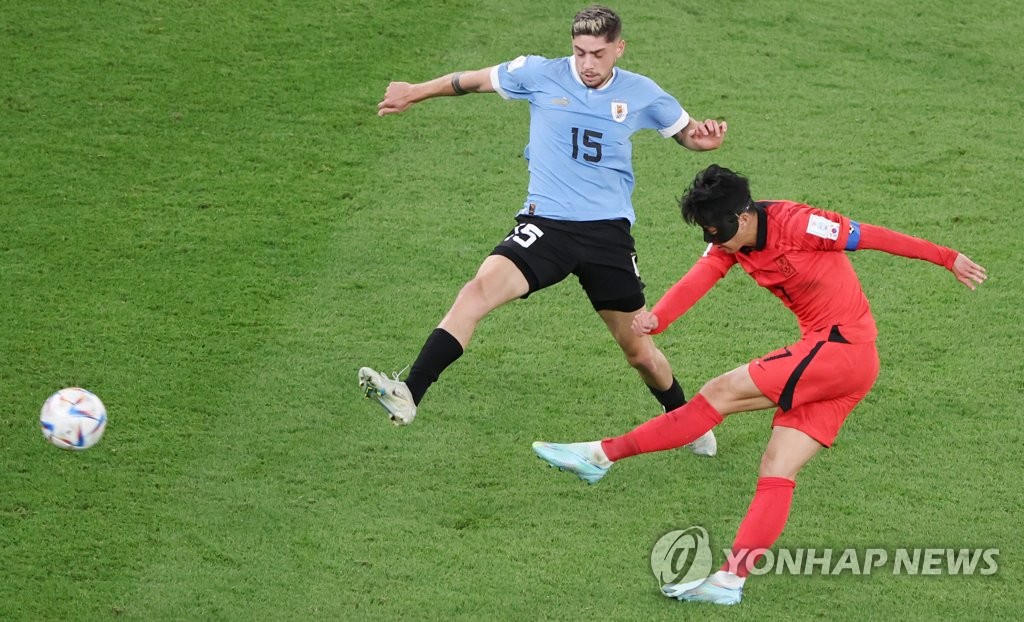