Unless Yoon complies with the demand, Rep. Park Hong-keun said the National Assembly will sternly hold the minister to account, a remark seen as meaning the DP will push for a no-confidence motion for the minister or even his impeachment.

"President Yoon Suk-yeol should come up with clear measures about firing Interior and Safety Minister Lee Sang-min by Monday, which marks one month since the Itaewon tragedy," Park told the party's Supreme Council meeting.

"If President Yoon ultimately defies the people's will, the National Assembly will sternly hold him to account for the tragedy," Park said, stressing that the minister's termination should be prioritized in order for the deadly crowd crush to be properly investigated.

The interior minister and top government officials have come under fire for failing to prevent the incident despite prior warnings that safety accidents could happen as massive crowds were expected to converge on the nightlife district for the first Halloween celebrations without an outdoor mask mandate in three years.

The DP has specifically argued that a proper investigation into the police and other top officials would not be feasible as long as Lee, who oversees the police as the interior minister, remains in office.

A no-confidence motion, however, would not mandate Lee's dismissal as it is legally non-binding.

In September, the DP passed a no-confidence motion against the foreign minister, holding him responsible for what it claimed was a disastrous overseas trip by Yoon. The president rejected the motion. 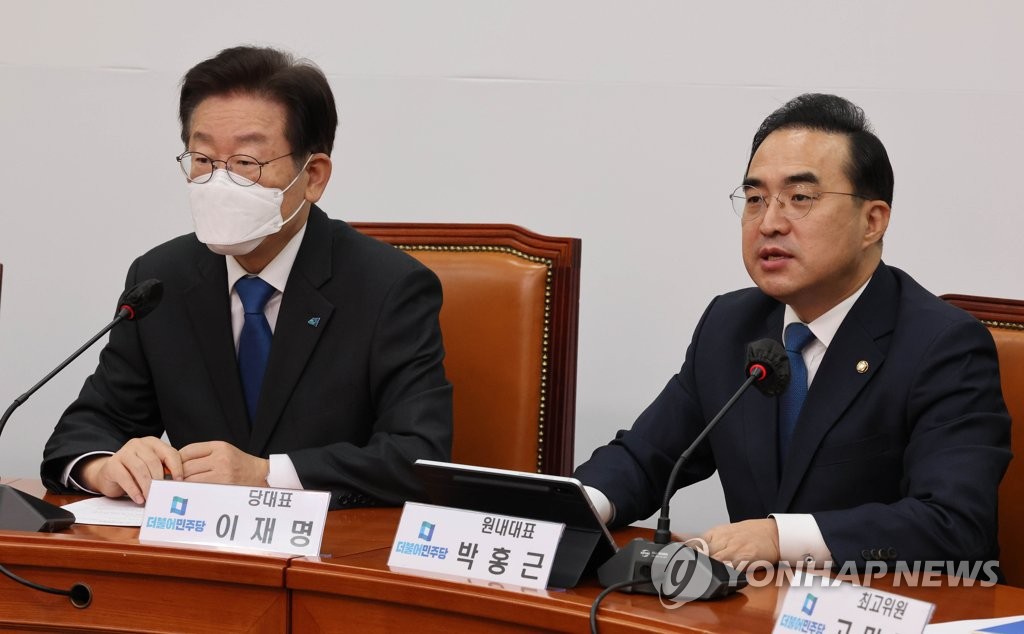