The move came a day after the Digital Asset eXchange Association -- an alliance formed by Upbit, Bithumb, Coinone, Korbit and Gopax -- announced that they will terminate transaction support to Wemix, a cryptocurrency operated by Wemade, from Dec. 8.

They cited that Wemix had provided false information on the planned number of tokens in circulation and the actual number in the market.

"We will take all measures, including legal action, to bring all things back," Chang said in an online press conference. "Now we are preparing to file for a court injunction." 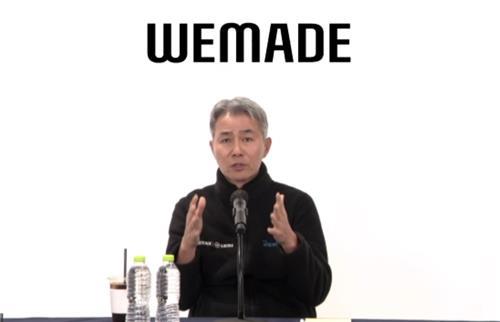 Wemix -- launched in 2020 as Wemade's gaming platform token -- has been traded at Upbit, Bithumb, Coinone and Korbit. Wemix was not listed in the Gopax crypto exchange.

Chang said the DAXA decision was made through an unfair and obscure process as the company has not been given an opportunity for an explanation from DAXA and its leader Upbit.

"We'd asked Upbit for its guidelines about the volume of tokens in the market, but it has remained silent," said the CEO of Wemade, the developer of the play-to-earn game "MIR4 Global." "It didn't inform us of the decision to delist our token and of what we need to improve."

But he said his company is now in talks with foreign crypto exchange operators like American platform Coinbase to trade Wemix.

"The planned delisting in the Korean crypto exchanges will have limited impact on the company's entire business as most of our portfolios have already expanded globally," Chung said. "We will soon share the news about our listing with global cryptocurrency platforms like Coinbase."

Its market value tumbled to 149.3 billion won as of Friday from November when its market cap peaked at 3.6 trillion won. 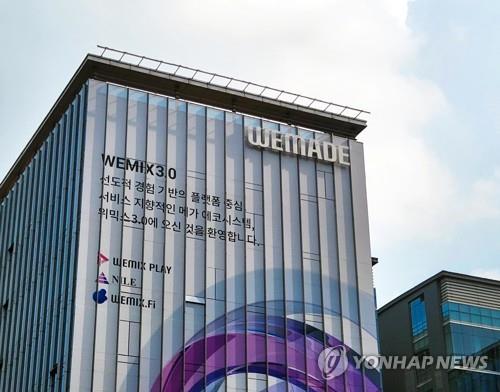